It's not a housing supply crisis, it's an affordability crisis

The government can’t see house prices continue to rise while also delivering affordable homes, so a boost for the rental market is a neat sidestep 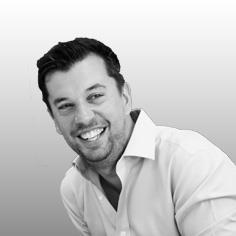 For the last few years we’ve been hearing a lot about the housing crisis. We hear from commentators, the media and the housebuilding industry that it’s all about supply – we can build our way out of it.

But taking a step back from the melee, it strikes me that simply is not true. House prices have grown 86% in London since 2009 (according to Hometrack), yet in the same period housing starts, and completions have also grown, albeit by a significantly lower amount. Everywhere you look in London at the moment there are cranes, and building sites. There must be something else at work here other than a lack of supply.

The fact is that we as a society have become obsessed with house price growth as a marker of personal wealth and success, and the government therefore uses this growth as a key indicator of national economic growth - the measure of a “successful” country in this day and age.

It’s not surprising therefore that there is huge pressure to protect growth in the housing market, and that newspaper front pages get very full when there is even the smallest blip in house price growth. What is a surprise however is that very few question how we can protect both house price growth, and increase the affordability of homes so that more can access the market.

It’s a vicious circle - the government says we need more homes, developers propose huge schemes with lots of homes. But then those buildings are full of homes that people looking for a home to live in themselves cannot afford, and that does absolutely nothing for the affordability of residential properties as a whole. The government’s response has for a long while now been “affordable housing” - an acknowledgement that the battle has been lost to keep house prices within reach of the average household. Once reserved for the most needy in society, affordable housing is now becoming the only option for working Londoners who want to live in a quality home near their place of work.

The recent housing white paper was interesting, not because it was radical, but because the government has finally, inadvertently, admitted it can’t square the circle of wanting ever increasing house prices and delivering more affordability to the housing market. So, the government has instead opted to de-stigmatise, and incentivise, the rental market. Nice sidestep. And maybe that’s ok. Time will tell however whether it leads to major cities like London becoming “rental cities”, and whether that is a good or bad thing. I somehow don’t think it will halt the British obsession with home ownership and house price appreciation in its tracks.