Two important consultations on how property is registered in this country are currently under way. Can we risk the Land Registry being run by private sector firms? 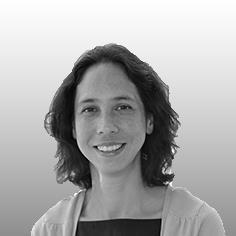 Is it just a coincidence that barely a week after the government announced plans to privatise the Land Registry it also launched a separate consultation on changes to the system of registration under the Land Registration Act (LRA) 2002? They are two separate topics but are intrinsically linked.

For anyone who has bought or sold property, you will know that the Land Registry maintains a register of ownership of land across England and Wales. A consultation paper released on 24 March 2016 sets out plans to privatise the Land Registry with the preferred model for privatisation being a sale of all core functions packaged up in a “Newco”.

A previous plan to sell the Land Registry was ditched back in 2014 due to concerns about conflicts of interest and maintaining the register’s integrity. In an attempt to retain this independence, the consultation’s preferred approach is that the register would remain Crown property and only the Land Registry functions would be sold on.

It’s difficult to see how the Land Registry would manage to remain truly impartial when it is being run by a private company. The consultation assures us that controls and safeguards will be put in place to maintain standards, but ultimately a private company must have its own economic agenda. The consultation alludes to this when it states that “there is the potential to expand the range of services it offers on a commercial basis” through “analysis and exploitation of data”.

It may be that processes can be streamlined and commoditised in order to provide a cheaper service, but the end user must have confidence that the Land Registry functions are carried out carefully, accurately and expeditiously.

The legal processes and procedures governing registration at the Land Registry are set out in the LRA 2002. The Law Commission consultation released on 31 March 2016 proposes reform of a number of areas of the law. It seems pertinent that the “state guarantee” of title is under the spotlight in the LRA 2002 consultation, due to the increase of property targeted fraud over the last few years.

At least half the total amount of compensation paid out by the Land Registry under the state guarantee can be attributed to property fraud, for instance, where fraudsters impersonate a registered owner of property. The LRA 2002 consultation proposes new formulas for determining which innocent party gets to keep the land in question when fraud has taken place and formulas for simplifying how compensation is paid. There is often more than one injured party but it’s difficult to decide who gets to keep property allegedly “sold” and who should be indemnified.

While the LRA 2002 consultation expressly refers to the proposals for privatisation of the Land Registry as being separate, it hardly seems possible that they can be considered in isolation. It is also of concern that the state-backed guarantee could potentially be reduced or narrowed in scope around the same time as the Land Registry is sold on to a private company.

There are other areas of land registration which are up for review in the Law Commission consultation, including recording property rights through notices, electronic conveyancing, adverse possession, adjudication of land registration disputes and the law of mortgages. These are all areas where problems are experienced which require an overhaul to bring them up to date with the current landscape.

The topic of electronic conveyancing has always been contentious. If the Land Registry is currently paying out large amounts of compensation under the state guarantee then imagine how much worse it could be if rights to edit the register are given out to professional advisors. With the current increase in cybercrime and ability for hackers to break into “secure” websites, the scope for damage if the Land Registry becomes accessible does not bear thinking about.

Jennifer Chappell is a senior associate at Bircham Dyson Bell