The British economy could well slip into recession as a result of the decision to leave the EU - and negotiating a benign post-Brexit position will take years. We have no option but to choose the best model and make a good fist of it 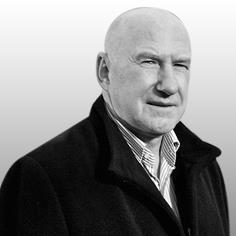 A week before the referendum we drove out of London and travelled through a sea of “leave” and “take control” posters. I then realised that we lived in a London pro-Europe bubble, that the rest of the country was bigger than London, wanted out of the European Union and that the referendum was probably lost. And so it was - we Brexited and, after an extraordinary political fortnight we are now told by our new PM that “Brexit is Brexit”.

So, we have to make the best of it. Despite being a passionate Remain campaigner, I know only too well that the EU has its problems. Europe is run by professional and bureaucratic elites who, in the EU, form policy for elected members to vote on, whereas Britain is a democratic meritocracy where politicians control policy and civil servants execute it. The euro is a flawed concept and youth unemployment is scandalously high in Spain, Italy and Greece, building a disenfranchised generation. Escaping these issues is the silver lining in Brexit.

But there is no escaping a hit to construction. Unfunded projects will find it difficult to go ahead, listed property trusts have had to suspend trading as too many investors wanted their money back, companies will stop their development plans until the way forward is clear and if the City looks like losing its “passport”, reducing access to the market for financial services in the remaining 27 EU states, 10,000 jobs will go to Europe and 10,000 homes will go up for sale undermining the South-east’s property market. It’s difficult to see a recession lasting less than two years and it’s easy to imagine it lasting more than five.

Meanwhile we have to arrange new trade deals with every single country in the world, and we have no trade deal negotiators because all of them, even the British ones, work for the EU

However, Theresa May looks very sure footed so far and another silver lining was to see that odious and treacherous man Michael Gove unceremoniously sacked. She has said to her other leading Brexiteers, Johnson, Davis and Fox: “you broke it, you fix it”, leaving her free to play an overarching role and to reshape a wider social agenda for the Conservatives occupying the ground vacated by Labour.

May is a passionate UK unionist, so it was not surprising to see that her first act was to visit first minister Nicola Sturgeon, telling her that she is willing to listen to options. Anything to keep the union from unravelling. I hope that her next trip will be to see chancellor Merkel and other EU leaders to understand their positions and to work towards the EU heads of states instructing Jean-Claude Juncker (if he is still there) on how to conduct negotiations with us. In France, François Hollande is up for re-election next April and May and in Germany, Merkel faces the voters before October 2017. It should be in their interests to help quickly stabilise the EU, and to be seen to do it.

The dream solution must be a Norway-like deal: full access to the market of Europe’s 500 million citizens in return for a hefty fee to help fill the €3.5bn hole we will have made in EU finances, a passport for the City, (though Paris and Frankfurt will resist that), and some not-totally-free movement of people arrangement. This last point is the difficult one as many Brexiteers will feel the referendum would count for nought if there was still full free movement. So some creative, diplomatic solution must be found that keeps all parties reasonably content. David Davis, (whose new clumsy job title is secretary of state for exiting the European Union), thinks all this will take a couple of years.

Meanwhile we have to arrange new trade deals with every single country in the world, and we have no trade deal negotiators because all of them, even the British ones, work for the EU. How many of them will want to jump off the EU gravy train and come back to be a UK civil servant? Deloitte, KPMG, PWC and EY are going to have a field day filling the gap.

In my office we guessed that if the vote was to remain, we would see a big bounce in enquiries and if the vote was to leave that we would see a small, temporary increase as clients that were waiting for a decision would know what to do. And so it has been, we have seen six potential projects cancelled but many more new enquiries come in since the vote. Unfortunately we also think new projects will tail off until some way forward can be recognised. If things go well, that might be as soon as next spring; if not, we could see a long gruelling recession. To defend against the latter we will look abroad, outside of Europe for work.

The third manifestation of a silver lining must be the exit of the Old Etonians from government and (for me as a father of three daughters) the rise of women in politics. We are in the hands of May, Sturgeon, Merkel and, maybe, Clinton.