One year after Carillion, PFI contracts can still be risky business 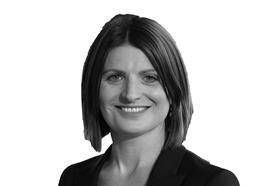 On 15 January 2018, the Carillion group declared insolvency. In the PFI market, Carillion was a significant player: public sector contracts accounted for 45% of its UK revenue and it held around 420 contracts with the UK public sector.

The Guardian declared Carillion’s liquidation a “disaster not just for employees and taxpayers, but for public-private partnership”, and reported on “the four contracts that finished Carillion”. Two of those were the construction of PFI hospitals (the Royal Liverpool and the Midland Metropolitan), on which significant losses were incurred.

Construction is of course the riskiest part of a PFI contract from a contractor perspective and can be contrasted with contracts that are already operational. The vast majority of Carillion’s operational PFI contracts were transferred to third parties – indeed, by 23 May 2018, only 21 public sector contracts remained within the insolvency regime. Nevertheless the National Audit Office report noted that, while Carillion’s local government contracts had a 13% to 15% operating margin, its facilities management contracts were only just profitable (1% margin). Clearly this is far removed from the popular image of “fat cat” private sector companies ripping off the public sector.

So why has the market been so challenging for service providers? Arguably they have faced a double squeeze: from public sector clients seeking to implement cost savings in an austerity climate, and from lenders who require returns on their investments. There was also clearly a failure in certain sectors to adequately model risk.

While Philip Hammond used his Budget to abolish PFI and PF2, pronouncements about the “death of PFI” are overstated when over 700 PFI deals are currently operational in the UK with a capital value of over £60bn. In the health sector, it will be hoped that the government’s planned centre of best practice will promote a more balanced approach to project management for both private sector contractors and for the public sector.

So what will the next 12 months bring? Clearly, financial pressures are likely to continue for many operators in the construction sector – even without the impact of Brexit.

With Brexit taking up so much political energy, it is also not clear how the government will meet its stated aim in 2017 of increasing infrastructure investment by 60% over the next four years. If it is not to be entirely through public sector capital (which seems unlikely), then a new funding model is required to fill the gap.

Judith Hopper is a partner in Bevan Brittan