Our existing housing stock must be made accessible too, not just new builds 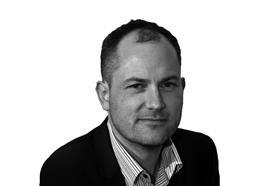 Over the last few months, there has been great progress in making new homes accessible and adaptable. The separate campaigns run by Habinteg and the TCPA – which is proposing a Healthy Homes Act – resulted in former prime minister Theresa May announcing that all new homes should be built to accessible standards.

As someone who has spent their working life involved with adapting existing homes it has never made sense that new homes could be built without the simple design features that can make such a difference. For example, many slips occur when people step out of a bath or shower – and not just for people who are older or disabled. Anyone can have a period of illness when their strength and balance is temporarily affected and can be at risk. Non-slip surfaces and inconspicuous handrails really help – but a step-free wetroom would be ideal.

Designing these features into a home from the start should mean that they’re almost unnoticeable. Slightly wider hallways and doorways, a towel rail you can grab on to, slightly higher plug sockets that you don’t have to bend down t o – all part of universal designs that just make a home work better for everybody.

Retrofitting these features can be prohibitively expensive. For someone who can’t bend over to operate a plug socket low down on a wall, moving it involves cutting out plaster, adjusting the cables, fitting a new socket, repairing the plaster and then redecorating. Hundreds of pounds for something that could have been built-in for free.

But, with a bit of imagination, there can be more effective and affordable retrofit solutions. In my previous example, a standard plug socket could be replaced with a smart socket that’s controlled via a mobile phone or even voice if connected to Alexa or Google Home.

By 2050, over 80% of the homes that we will live in have already been built today. With an ageing population, that means any focus on healthy homes must consider the existing as well as the new.

Design is a big part of that challenge. We know that many older people resist making adaptations to their home because of products that are functional but give no consideration to aesthetics. Traditional grab rails are an obvious example – they look like they belong in a hospital, not your own home. If fitted next to the front door they also suggest that the occupants may be vulnerable in some way, which makes them more of a target for rogue traders and scam artists.

I’m looking forward to seeing the result of an innovation project run by the National Housing Federation. It’s called Invisible Creations and has been set up to design and manufacture items like grab rails that will blend in – their primary purpose will be invisible, like a towel rail or toilet roll holder that also functions as a grab rail.

This is particularly important for the social housing sector where all too often adaptations are ripped out when there is a change of tenancy – partly because they’re ugly and party because the pressure to fill an empty property is stronger than the will to find a new tenant who would benefit from those adaptations.

There is a growing market for these one-stop-shop retrofit services that offer good advice as well as a good end product.