With an estimated $1.6bn shortfall and no adequate remedy in the contract, the Panama Canal project shows that a low tender price and transferred risk don’t make for plain sailing 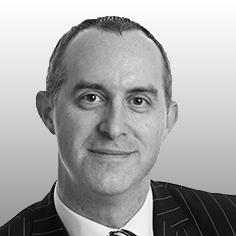 It has been a challenging start to 2014 for all those involved in the £3bn ($5bn) project to extend the Panama Canal. The year opened with the contractor (a consortium including Sacyr of Spain and Impregilo of Italy) threatening to down tools unless the contract price was renegotiated so as to provide for an estimated £95.3m ($1.6bn) shortfall.

While the project has been dispute-ridden almost from the start, this did appear to be the final straw for the Panama Canal Authority, which was facing significant pressure and losses both at home and internationally as the already delayed opening date was again put back.

Hopes were raised last week when it appeared that some form of financial settlement has been reached leaving the small matter of liability for the cost overruns and delay to be determined at a later date.

Given the magnitude and complexity of the works, it was never going to be plain sailing but the sheer scale of the cost overrun has called into question how the authority got into this mess. Unsurprisingly the disputes relate to time and money claims due to unforeseen ground conditions. This
type of problem is not unexpected and surely the contract would have dealt with this obvious risk? Apparently it did, and it transferred these risks to the contractor.

So, it must be simply a matter of the contractor pursuing its remedies under the contract? Well, not in this case.

There is often a reason why a bid is significantly lower than the others. if there is saving at the tender stage, retain a contingency fund

The stakes were so high for both sides that the contract did not provide an adequate remedy.

The contractor did not have the money to continue with the work. The authority was under intense pressure given the significant financial and reputational losses as a result of further delay.

The contractor took the view that the only way out was to seek to renegotiate the contract sum. The authority considered termination and appointing another contractor to complete the works.

The problem was that the cost and delay of termination could be greater than reaching a commercial compromise with the existing contractor, however unpalatable and unjustified that may be. The authority would be entitled to feel that it was being held over a barrel.

But the contractor justified its position on the basis that it was the lowest bidder by circa £1bn and the authority had “saved” by proceeding with the cheapest bid.

Whilst the contract may contain detailed procedures in relation to time and many claims and serious default, these can become somewhat irrelevant in circumstances where the cost of proceeding with rights and remedies under the contract are simply too high. Similarly, the existence of aperformance bond may not alleviate the position (unless it is an “on-demand” bond) as the time and cost involved in establishing breach may jeopardize the project.

Sadly this scenario is not uncommon in major infrastructure projects - drive the price low, transfer risk and rely on contractual remedy. But as we can see from this example, ultimately, something has to give.

So how can these issues be properly mitigated?

Sadly, this story does little to improve the worldwide reputation of the construction industry to deliver major projects and, perhaps, serves to illustrate how collaborative working/partnering can only operate when the going is good.