Project bank accounts provide security of payment to contractors, reduce supply chain risk and even save the client money. They just need to be set up properly 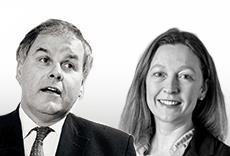 There is now a growing momentum within the public sector for establishing project bank accounts (PBA) to improve payment security and reduce supply chain risk in the event of upstream insolvencies.

In January the Northern Ireland Executive announced that it would be introducing PBAs on all contracts over £1m. More recently both the Welsh and Scottish Governments have announced their intention to promote PBAs on public sector works. Meanwhile the UK Government is well on the way to meeting its target of putting through £4bn of government spend through PBAs by the end of 2014.

The Cabinet Office has already published its guidance on PBAs. The Central Procurement Directorate of Northern Ireland will be publishing detailed guidance covering the procedures it intends to adopt for PBAs in Northern Ireland. It is also timely that the 2013 edition of NEC3 has fully incorporated its PBA provisions (formerly published as a Z clause) into most of its mainstream contracts as option Y(UK)1.

When considering PBAs public sector clients should approach the bank with whom they already have a banking contract. It is quite likely that such bank will be prepared to put in place PBAs. When inviting bids a key consideration is the list of beneficiaries who are to receive payments from the PBA.

When inviting bids 3 things should be made clear:

The payment periods for all the beneficiaries can be aligned - there is no need for different payment periods to apply to a main contract, a consultant’s appointment or to sub-contracts. It is vital that payments are made into the PBA immediately once the client has approved the lead contractor’s application. Until payments reach the PBA they will not have trust protection.

The other document to be included in the invitation to tender should be the proposed trust deed that provides trust status to the PBA account. This should make clear that the client intends that the PBA funds are to be held in trust for the benefit of the lead contractor and named beneficiaries in the supply chain. It is preferable that there are, at least, two trustees; in most cases this would be the client and lead contractor. If only the lead contractor is appointed as trustee and he goes into insolvency, there is a risk that there could be a hiatus in the operation of the PBA.

As well as providing security of payment to the supply chain PBAs provide benefits for clients. Lengthy payment periods and late payments substantially add to industry’s costs. Over time, as PBAs become embedded, the resulting savings will wend their way to the client and, ultimately, to the taxpayer. Clients also benefit from having reduced the disruption causes to projects by insolvencies. But most of the additional benefit will be be found in improved collaboration through renewed trust engendered by greater security of payment and speedier payments.

Professor Rudi Klein is chief executive of the Specialist Engineering Contractors’ Group. Sally Partridge is legal director at the Association for Consultancy and Engineering