Putting a value on variations

The judgment in the case between MT Hojgaard and E.On highlights why employers should not use the variation process to deal with a breach of contract 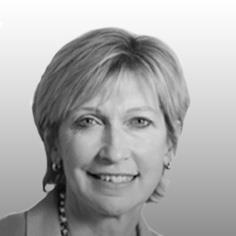 The decision by Mr Justice Stuart-Smith in MT Hojgaard vs E.On on valuing variations is an important reminder as to how to approach the exercise. It has just been upheld on appeal. It deals with the valuing of variations where - as is increasingly common - an employer omits a significant element of the works and looks at whether the underlying reasons for that omission are relevant in valuing it.

This case is timely. We are increasingly seeing variation clauses being used to omit works to give to others, particularly where it is a long-running framework or PFI contract and there is a desire to obtain better prices mid-term.

This case is timely as we are seeing variation clauses being used to omit works to give to others, particularly where it is a long-running framework

In the MT Hojgaard case, the installation of monopiles by MT Hojgaard for an offshore windfarm was going slowly. The barge being used to install the piles kept breaking down.

It was ultimately withdrawn from the contract and a free issue barge supplied by E.On, the employer, installed all but two of the 62 piles. The introduction of the new barge was done by three variation orders covering three periods when the new barge was provided to “mitigate delays to the works”.

The engineer did not consent to or instruct Hojgaard to demobilise the original barge, but the contractor eventually removed it from the works.

The dispute was over how to value these variation orders, which resulted in an omission of the provision of the original barge. The variation clause was fairly standard.

A variation, which included an omission, would be valued:

The contract value was around €100m - of this about €26m related to the installation. MT Hojgaard said the omission should be valued with reference to the element of the original contract price build-up allocated to the installation of the foundations. E.On argued the price should be adjusted with reference to how long it would have taken the contractor to have done the works if it had used the original barge.

E.On argued that the reason behind the variation orders (lack of progress by Hojgaard) was relevant in determining the value of the omission. The judge rejected that. He concluded that E.On was attempting to obtain contractual remedies for breach of contract through adjustment of the contract price.

He considered that E.On had chosen this route to omit part of the works although there were other remedies open to it for delay, for example, application of liquidated and ascertained damages; a notice of default because of poor progress; or leaving it to MT Hojgaard to provide the alternative barge.

The judge accepted MT Hojgaard’s basis of valuation, which was to deduct the component of the original price that related to the provision of the barge.

This was a situation where the employer tried to use the variation process to deal with a breach of contract situation. What about where an employer omits work under the variation clause and gives it to a third party?

It is generally accepted that most variation clauses do not cover a situation where the employer wishes to omit works to give to others. Unless a contract spells out the entitlement of the employer to do so, the variation clause will not cover this. So omission in these circumstances is considered to be a breach of contract (see Amec vs Cadmus Investments).

Where work has been wrongfully omitted what is the contractor’s loss? Generally, this is loss of profit on the omitted work.

Wrongful omission of work may also be a repudiatory breach, entitling the party in receipt of the omission to treat the contract as at an end and claim damages. So employers attempt to do so at their peril.