Readers share their respects for construction industry giant Sir Frank Lampl, who died last week, as well as pondering the nuclear debate and media coverage of unrest in the Middle East 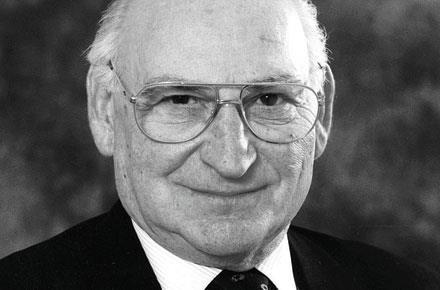 On a day with headlines about the economy, taxes and war, we lost a special man; a giant of the industry. It is so easy to become preoccupied with budgets and finances and forget the very human aspect of construction.As a leader in our industry Sir Frank was without equal. He built great, iconic relationships, not just projects. Not only will he be remembered for his expertise in the business of construction, but also for his ability to motivate, enthuse, teach others and encourage talent into our industry. His humanity, and yes, humility, may well be his greatest legacy. I had the joy and privilege to know him for 40 years, he inspired me in so many differing ways. That inspiration will surely drive others to reach lofty heights, but I doubt we will fully see his kind again.

A very sad day. A gentleman and one of the most genuine people I have ever had the pleasure to know. Sir Frank was an inspiration to many people over many years. My thoughts are with his family.

An incredible man gifted with tremendous insight - his legacy will endure even if the company name doesn’t.

An extraordinary man who made a major impact on the construction industry. Under his leadership Bovis broke the mould and was a transformational organisation, driving positive change in contracting, challenging the status quo.

I spent a few years at Bovis in the seventies and he was an inspirational leader - his departure is a great loss.

Regarding your article “Nuclear alert: Future of £50bn new build plan” (25 March, page 21), the problems at Fukushima are not predominantly related to reactor design or controls, but rather to cooling fuel assemblies generating heat spontaneously from intrinsic isotopic decay. Cooling demand includes some spent fuel rods stored separately outside reactors on site.

A disaster it may be, but put the whole episode in context. This is a once-in-a-millennium earthquake. With some estimating the cost at $240bn for the earthquake and tsunami, along with some 10,000 or more deaths, the nuclear problems become a side show. Nevertheless, clean-up costs at Fukushima will impact insurance premiums, but should not deflect energy policy, if the debate is conducted rationally.

The Arab world has attracted adverse publicity with anti-government protests in many countries and more serious regime change episodes in Tunisia, Egypt and Libya.
In reaction to these adverse circumstances several British consultants have exited to safe havens, either through genuine fear of what was emerging or through corporate or insurance dictates.

Baker Wilkins & Smith (BWS) has been active throughout the Arab World for 35 years and we feel that in relation to the Gulf countries such as Bahrain, Abu Dhabi and Oman there has been over-zealous and one-sided reporting from the media.

The BBC coverage of the Bahrain unrest showed a reported 2,000 demonstrators against the government. What was never shown was that on the following day, over 200,000 marched in support of the government.

At the peak of the troubles, the BBC were reporting that two people had been killed. What they did not clarify was that they were security personnel run over by a protester’s four-wheel drive, but to declare this would have taken the heat out of the news story.

WS Atkins, Davis Langdon and several others departed and a small number of construction sites closed for a day but in all other respects, most offices were functional and business continued much as usual.

The British government, no doubt after the criticism of a slow response in Libya, laid on a charter flight to evacuate British expats but the flight left almost empty.
It is pleasing to hear David Cameron stating: “Bahrain is in no way like Egypt or Libya, they are wanting democratic change”.

I personally lived in Bahrain over 30 years ago and have always admired the way the country has been a leader in the drive towards democracy, and we are working on a new Bahrain parliament building.

I was in Oman when the supposed riots were taking place and having spoken to what were very relaxed and friendly protesters, they were pushing for improved unemployment benefits and minimum wage, a cause that is being repeated across most European countries.

Again, Oman is well progressed in constructing its own new parliament building in Muscat.

Even Iraq, which has had more than its fair share of troubles, had successful and fair elections a few months ago; the new cabinet is now appointed and the signs are good for real economic progress in what is one of the wealthiest oil states.

These disturbances will soon be old news and these countries will continue to make huge strides on the difficult road to democracy.

The losers are the countries themselves as Bahrain’s banking community will no doubt feel hesitancy from investors, the Bahrain F1 Grand Prix was prudently postponed and no doubt tourism to the region’s most beautiful country of Oman will be hit by the effects of hesitant travellers.

In the midst of a European construction recession, the Middle East was a serious alternative target for many British consultants and they should not be dissuaded by these short-term hiccups when the market - and the means to pay for it - is there in abundance.