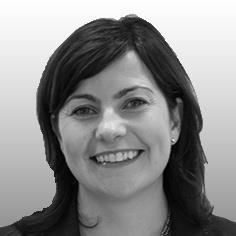 Following on from their report on the potential for fracking in the north of England, the British Geological Society (BGS) has recently published a report on shale formations that identifies huge potential for shale extraction under Kent, Sussex, Surrey and Hampshire. The House of Lords Economics

The most significant recent step in the shale gas development, is the consultation opened on 23 May by the Department of Energy and Climate Change, consulting on proposed changes to the trespass laws to allow drilling companies to drill horizontally without requiring the adjoining landowners’ consent. If these changes become law, it is likely to unlock investment in the extraction of shale gas.

If changes become law, it is likely to unlock investment in the extraction of shale gas

The trespass issues were brought to light by the UK supreme court in Star Energy Weald Basin Ltd v Bocardo SA back in 2010. In summary, Star Energy had drilled for oil under Mr Al-Fayed’s estate in Surrey without his permission. Bocardo (the company owned by Al-Fayed) argued that Star had trespassed on his land. Bocardo issued a claim seeking damages of c. £700,000. The supreme court found that Star had trespassed on Bocardo’s land, notwithstanding that the wells were between 800 to 1,300 ft deep.

Following this case, the government began looking at whether the current trespass laws were fit for purpose. If the trespass laws were left unchanged, it was clear they could halt the shale gas industry before it even got going. Under the current regime, the operator seeking to drill for shale gas has to apply for a licence from the DECC. If a licence is granted, the next stage is to apply for planning permission and submit the necessary environmental risk assessment/environmental impact assessments. Having gone through this lengthy and costly process to obtain all necessary regulatory consents, the operator then needs to gain consent from all adjoining landowners if the drilling is occurring under their land. Fracking, unlike conventional onshore oil drills, cuts across the rocks horizontally as well as drilling vertically and in some cases the drill will cut across for up to a mile. Freeholders will own all land to the earth’s core, therefore, under current trespass laws, drilling operators need to obtain adjoining landowners’ consent.

The DECC’s current proposals seek to simplify and streamline the current system. It would involve the automatic grant of access rights to companies drilling and exploring for shale gas. Such access would be limited to land 300 metres below the surface. In return, the companies operating in the shale gas industry make a one-off payment to the affected community (not the individual landowners) of £20,000 for each horizontal well that extends beyond 200 metres. The voluntary payment will be supported by statutory reserve powers to cover default by the drilling operator. Notification of the intended location will be made by the company through a voluntary notification scheme.

Celtique Energie, a drilling operator, has recently revised its application for planning permission to change from a horizontal drill to a vertical drill in South Downs National Park. This may be an indication that drilling operators are holding back to gauge the outcome of any government intervention.
However, a recent YouGov poll has shown that 74% are against any changes to the trespass laws to assist the shale gas revolution. Greenpeace, together with other conservation organisations and the HomeOwners Alliance, have written to David Cameron to urge him to back the rights of local people to refuse access to companies which wish to drill for shale gas underneath their homes.

The consultation is due to complete on or around the middle of August. This leaves very little time for legislation to be heard in this current parliament and therefore is likely to have to wait until after next year’s election.

So, while extracting for shale gas would bring jobs and growth to the UK and more significantly would revolutionise the UK’s position in the global energy supply chain, it seems the momentum in the shale gas development is likely to level out and perhaps falter until the trespass laws are addressed.