The future after Brexit

The EU referendum looms, but what is our relationship with the EU likely to look like if it’s an out vote? 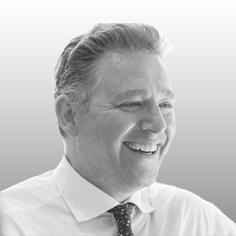 As we head towards the 23 June, we face a daily bombardment of facts and opinion – from informative and insightful narrative to heavily biased analysis based on questionable assumptions. Yet within this onslaught of facts, figures and soundbites, one fundamental question remains frustratingly unanswered – if the nation chooses to sever direct ties with the Union, what realistic future relationship with the third largest population in the world do we intend to pursue?

Vote Leave thinks it is entirely possible – and easy – to negotiate a ‘friendlier’ relationship with the EU; one based on free trade, with all the benefits of EU membership and none of the costs. If this pans out, gloomy predictions from prominent British officials and leading global institutions may, indeed, prove to be over-egged. But how likely is this? A new relationship, once defined, will need to be ratified by all 27 remaining nations – an already challenging feat potentially made even more difficult by the wave of discontent currently sweeping across the Union. Negotiating a new relationship with the UK is unlikely to be at the top of many nations’ agenda. Furthermore, the temptation for Brussels to send a clear message to the growing number of dissenting voices within the remaining EU nations will be strong.

Redefining our relationship is likely to be a long and arduous process and this has profound implications for our industry. Lack of foresight generates uncertainty, uncertainty distorts visibility, dents confidence and discourages investment – the lifeblood of our industry. With growth slowing and capacity looking set to come back on stream over the next 12 months in any case, a small shift in market sentiment could effect a marked change in the balance between demand and supply. A decision to delay even a few major schemes could affect market dynamics, generating a far more competitive tendering environment.

If the nation chooses to sever direct ties with the Union, what realistic future relationship with the third largest population in the world do we intend to pursue?

Pressure on input costs, conversely, may increase. Near-term, sterling, already down by between 5% and 10% against both the euro and the dollar, would probably depreciate further following an exit vote, raising the cost of imported building materials – 60% of which come from the EU. The near-term outlook for wages is less transparent. Migrant labour forms an essential component of the UK construction workforce, accounting for up to 50% of total employment on some Central London sites. If free movement rights are quickly revoked, labour rates may come under increased short term pressure. Longer-term, changes to immigration policy could also have serious implications for our industry. The Vote Leave campaigners are seeking to address this one with a scoring system for people seeking to come to the UK. This one will inevitably need to be resolved early if the UK economy is to remain in some form of equilibrium, but I sense this would be possible, as the desire to do so would be strong.

Polls are narrowing but the ‘In’ camp consistently comes out on top, albeit by a narrowing margin. A swift reversion to business as usual is the most likely outcome for the construction sector if the country decides to remain in the EU. This is the scenario assumed within our central tender price projection. Currently, we expect demand to remain across the principal Central London sectors. As a consequence, we predict tender prices will rise by 4.5% this year, with a reduced 3% increase expected in 2017. Our projection allows for some distortion in market dynamics due to the referendum, but with the potential for a bow-wave of delayed decisions being made simultaneously following a vote to remain in the EU.

There is a risk that the effect of these decisions coming on stream could be more prominent than we anticipate. If this proves to be the case, the tendering environment may become more challenging in 2017 and we may see commentators increasing their predictions of tender price inflation.

What is certain is that predicting the outcome of the referendum, let alone its consequences, is proving too difficult for even the most experienced of future-gazers. My advice would be to remain as nimble as possible, so you are ready to respond to what the economy throws our industry’s way. Whatever it may be.