The gender pay gap – it's just not that simple

The final deadline of gender pay gap information has now passed. Gill Parker of BDG architecture + design explains why the final result should not be taken at face value 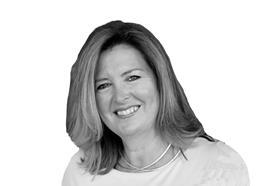 Closely on the heels of Mipim 2018, where the topic of diversity was high on everyone’s agenda, we’re now talking about gender pay gap reporting for UK businesses. It is an emotive - and potentially divisive - subject, which too often means that some of the facts get lost on the debate, and we end up with an over simplification of the situation.

It is unfortunate that the methodology for measuring the gender pay gap is somewhat misleading at first glance. Using the average wage for males and females serves more to highlight the lack of females in the workforce rather than the difference in pay that the name suggests.

For many companies today, men and women at the same level are paid the same. I am a female CEO of an architectural design practise which has a 40:60 male-female split. At every level, women are paid at the same rate as men. At entry level, we have more women than men. The challenge comes at the senior levels where the male-female ratio shifts - and this will take time to rectify.

The gender issue is being addressed by the majority of companies but it can’t happen overnight. I wish it could. The drive for equality is important but businesses are now dealing with the result of commonplace practice bias from over 30 years ago. But it is changing.

The changes we are seeing now are the results of women in my generation - and generations before - that chose to stay in the game sitting alongside and competing with their male counterparts. This means we sacrificed family time, in some cases families, just like men have had to for a long time. It has always been possible to get to the top table, but now it is getting easier. Admittedly there is still a way to go but lets acknowledge the effort of the women that have gone before us as well as many enlightened and supportive men – be they former bosses, spouses, siblings or peers. They would be delighted at the choices that we now have.

I am proud that my teenage daughter and her friends will never need to encounter the blatant sexism that so many have before them. They will have choices and a voice. I have no doubt that the future generations entering the workforce will be far more equal in gender numbers. The teenagers I know (and as mother of a female teenager I know a few) can not comprehend a world where they aren’t treated equally. And this applies to males as well as females.

We can’t shy away from some fundamental and essential facts in the gender debate. It’s a confusing landscape at the moment in the workplace, and most of this confusion is blamed on gender bias. In reality the answer is far more complex.

Quotas aren’t a long-term solution, although I accept that it was a kick start for many firms. I firmly believe that you have to be the best person for the job, regardless of gender. The danger with quotas is that men become disadvantaged and there appears to be an assumption that every male makes it to the top. They don’t; they have setbacks too. It is essential that jobs roles are awarded to the most deserving candidate, regardless of gender. Our challenge is to ensure that the resource pool has equal gender numbers in it, and that everyone has a fair chance.

For the first time we are seeing five generations in the workplace, and for the first time we are understanding the impact this is having on us all. Everyone is working longer as our improved life expectancy allows and poor pension provision dictates. As a direct consequence the historically male dominated workforce is staying longer. There is no quick fix to the small number of females coming through to new senior positions as the existing management are slower to leave. This ageing population will have the biggest effect on the pace of change in gender equality in the workplace. Eventually the older working generation will be consist of both men and women, but not for awhile.

Childcare availability and cost is almost always cited as the reason for thelack of females at senior levels. It is a hugely significant factor and there is a lot that the Government and businesses can do to change this. Motherhood is a natural human process, and it doesn’t have to mean the forfeit of a promising career. Childcare cost can be a limiting factor – but it is always talked about in terms of limiting the mother’s career financially. It is rarely seen as a couple’s issue. Viewed as a percentage on one income, childcare is expensive, but viewed as a percentage of the joint income it becomes slightly more bearable.

However, as a society we must guard against ostracising those that decide they want to have time away to raise their children. We are in danger of removing this element of choice for women, which is just as important.

This is an exciting time for women in the workplace, let’s not get distracted by potentially misleading stats and keep moving forward. I will support any campaign that truly benefits women, but singling us out to be handled with care is a road to nowhere. Men and women – we are in it together.