The need for International Women's Day

Gender equality in the workplace is not a ‘women’s issue’, the fact that it is still an aspiration has huge economic implications for us all 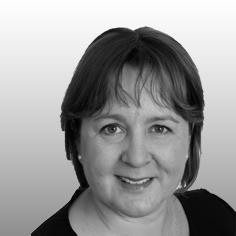 Just 90 years ago, British women won the right to vote. Since then, women have accomplished much in the way of family, career and lifestyle achievements, but sadly real gender equality remains somewhat elusive. On a global scale, women do not have the same opportunities as men in terms of health and education and they suffer greater levels of violence. Men still continue to dominate in business and politics and are often paid more than their female counterparts. It is for all these reasons and more that International Women’s Day (IWD) exists. Tomorrow, on 8 March, women all over the world will be recognised for their commitments and the value they bring to society and still, unfortunately for the inequalities they face.

As businesses become more globalised, workplace diversity has become an imperative. Workers and clients alike want to do business with and work for firms that demonstrate a range of views and backgrounds. According to a recent report by McKinsey Global Institute, bridging the gender gap in the UK could create an extra £150bn on top of ‘business-as-usual’ GDP forecasts in 2025, and could add around 840,000 additional female employees into the workforce. About 38% of this extra GDP could come from increased female participation in the labour market.

Women tend to work in lower-paid occupations instead of higher-salaried professions such as skilled trades and managerial and leadership positions, which report the highest densities of skill shortages

Women tend to work in lower-paid occupations instead of higher-salaried professions such as skilled trades and managerial and leadership positions, which report the highest densities of skill shortages. Extreme inequality exists in STEM careers, single parenthood, and political representation according to McKinsey’s The Power of Parity report. If we want to encourage women to take up higher paid jobs in more productive sectors, such as energy, science, finance and manufacturing to support UK productivity gains, gender stereotyping must first be tackled, particularly in schools. Only 20% of A Level physics students are girls and this has not changed in 25 years according to the Institute of Physics. The misconception that physics and mathematics are the sorts of subjects only ‘really clever’ people do is perhaps why many people shy away from them. Thankfully, the UK government has acknowledged the need to promote and develop STEM subjects alongside digital skills and numeracy, in its Industrial Strategy launched earlier this year.

Various studies have shown that girls are far more likely to lack confidence in their own ability compared with boys. Confidence is key and programmes designed to empower both sexes must provide powerful, positive role models whether they are skilled athletes, successful business people, celebrities, politicians, or confident peers. JLL’s Women’s Network was created for this very reason; to support, mentor and provide role models for all women across the business to realise their talents and achieve their ambitions.

The CEO’s guide to gender equality published by McKinsey shows that gender balance happens in companies only if it is personally and forcefully led by the CEO who ensures that most of the firms senior leaders, who are usually men, own the accountability for educating, training and leading the step change. Unfortunately, most companies’ efforts on gender are still exclusively focused on women. At JLL, we have made a concerted effort to ensure that the diversity agenda is inclusive and is a business issue not just a gender issue and the support and involvement of our male colleagues is key, ensuring that they too a part of our internal Women’s Network initiative. We realise that getting our male counterparts and UK board to help lead the charge, is a smart choice.

Initiatives such as flexible working and internships targeting women on career breaks, have seen an increase in popularity but are of course voluntary and yet to be embraced by all employers

One of the lesser discussed barriers to female equality in business is motherhood. Recent research from Resolution Foundation shows that while the gender pay gap has significantly reduced for younger workers, the gap increases once women have children, rising by 9% by the time a woman reaches 30 years old. Often mothers will earn less than they otherwise would have for the remainder of their career. Some experts argue that even the mere possibility that a woman can have a baby can be enough for employers to treat women differently because it is assumed they will be less reliable, less committed and less effective as an employee. Initiatives such as flexible working and internships targeting women on career breaks, have seen an increase in popularity but are of course voluntary and yet to be embraced by all employers. To this day, childcare is still seen as a mother’s duty, particularly when fathers are only given two weeks paternity leave. However, there is growing pressure for the UK to follow Sweden’s example by paying more parental leave for longer and allowing for a more equal distribution of leave between mothers and fathers.

While great strides have been made to tackle disparity between the sexes, there is still more to do. The UK government’s new mandatory gender pay regulations, due in force by April 2017, which requires UK employers with 250 or more employees to publicly disclose gender pay information on an annual basis, will hopefully shine a light on workplace practices that could be preventing women from reaching the top in their organisations. This is certainly a step in the right direction.