Boris Johnson has set out his Vision for 2020 in typical bravura style. But there’s precious little of the focused thinking that made the Olympics such a success 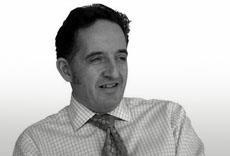 During the run-up to a government spending review, we have grown to expect submissions from different interest groups, usually promoting one or two key issues at the expense of other elements of expenditure.  The CBI’s proposals issued last week are a good example, championing capital investment while arguing for radical savings elsewhere in the public sector.

Against this background, the mayor of London’s Vision for 2020 makes quite a splash - London faces the world, is open for business and demands investment.  What’s not to like?

Written with typical Johnsonian brio, Vision for 2020 sets out the need for vast investment in transport, housing, the environment and, critically, jobs. Memorably, the report summarises “the secret of London’s future success” as being the combination of a job and a destination - a place where people want to settle and build a life. As a diagnosis, this all seems pretty obvious, but in the current economic environment, the ability of city authorities to drive the delivery of even basic needs feels limited, even in a world city like London. Given these constraints, is there any substance to the proposals, and if so, how could they be implemented by 2020?

One clear success of the report is its articulation of the scale of the challenge and opportunity. After five years of downturn, we have become accustomed to the UK’s continuing failure to build houses and to provide for future growth. Vision for London goes for maximum impact, emphasising the need for 450,000 jobs, 400,000 homes and 4,000 primary school classes by 2020.  What the report does less effectively is to articulate the consequences of failure to deliver, not only in terms of lower GDP growth and missed economic opportunity, but fewer life choices for Londoners themselves.

Is the Vision for London investable or deliverable - who knows? London 2020 is not an event with a fixed deadline, so planning and organisation will be critical

But in addressing these shortfalls, where are the resources coming from?  Tellingly, the GLA describes the report as a “calling card” circulated to employers and investors from around the world, emphasising London’s position as a global city, and its openness to global investors. However, what works for high-end residential, trophy offices and utility companies won’t necessarily work in the volume residential market, as continuing difficulties in attracting investment into build-to-let so clearly demonstrates. A wide range of solutions and players will need to be involved in delivery.

The disconnection of the vision from funding, delivery and outcomes is a major blind spot - perhaps reflecting the mayor’s mercurial side.  It is very difficult to argue a case against investment in housing and schooling, but the impact and  benefit of other initiatives; decentralised energy strategy or accelerated building renewal and so on are harder to assess and need to be challenged to show value.  Acknowledging that the opportunities are joined up, are competing for resources and will need to be prioritised with respect to need and outcome would be a good start.

Similarly with a huge number of stakeholders involved in delivering even part of the Vision for London, the vision should at least start to consider how London might organise itself to deliver such a complex and cross-cutting programme.  The report includes some proposals around extra funding - devolution of property taxes, for example - but spends little time considering how London might put in place a delivery mechanism to make it all happen. Given the difficulties involved in securing enabling investment - the saga over Crossrail in Woolwich, for example - the vision should at least have set a challenge for London to consider improvements to the way the City organises itself for delivery.

The disconnection of the vision from funding, delivery and outcomes is a bit of a blind spot - perhaps reflecting the mayor’s mercurial side

The start point for Boris Johnson’s vision is the 2012 Olympics, which, in retrospect, may prove to be a high water point of the UK and London’s ability to mobilise around a clear set of objectives and a fixed timeline. The Vision rightly observes that clarity over the purpose and content of programmes gives force and momentum to delivery - a lesson that is being applied on large investment programmes delivered on UK airports, Crossrail and others.  The Olympic Delivery Authority delivered the Olympics in six years, so there is little time to spare if the challenges that London faces are to be addressed within the mayor’s timeline of 2020.

The problem with a vision statement is that in the end it’s confidence in delivery that counts, and it’s plain from the content of the mayor’s Vision, that very little if any of the focused thinking that made the Olympics such a great success has yet been done. Is the Vision for London investable or deliverable - who knows?  London 2020 is not an event that has to be won, and doesn’t have a fixed deadline, so planning and organisation of the programme and prioritisation of investment will be critical in getting started and keeping on track.

It might not be the forte of the mayor, but we also need a vision of how London will prioritise outcomes and select and deliver these programmes.  Does anyone fancy being the London programme czar?

Simon Rawlinson is a partner in EC Harris