There is still (just about) time to modernise rather than die

Five years ago, my wake-up call to the industry was considered dramatic, but I fear I was not being bold enough. The industry’s underlying weaknesses are now more exposed than ever, says Mark Farmer 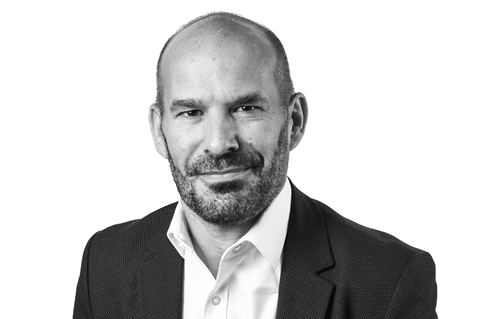 Empty supermarket shelves, Nando’s restaurants forced to close and McDonald’s milkshakes off the menu … just some of the headlines that should be of real concern for the construction industry, not because of our shopping or dining habits but because they are symptoms of declining resource resiliency.

The focus in construction over the past few months on product and material availability has been blamed on an unhealthy cocktail of Brexit and covid-19, which has conspired to disrupt supply chains, factory production and ultimately the availability of goods. But there is a level of confusion about what is happening here.

What was originally being spoken about in the retail and hospitality industries as production interruption or border control “friction” issues has now started to be unmasked as being much more about logistics failures and customer-facing resource issues through lack of lorry drivers or restaurant workers. We now even have calls for the Army to be deployed as truck drivers!

This is increasingly a story about declining labour availability and, more importantly, its alignment to certain job markets. And therein lies the real concern for construction: the HGV driver labour market for instance has so many of the characteristics of the construction industry.

Firstly, it has an ageing workforce, with 62% of all drivers aged over 45 compared with 50% in 2000. Secondly, it is struggling to recruit new drivers, with many turning their backs on long hours and the cost of training.

Thirdly, it has built a dependence on non-UK drivers to backfill the void that domestic workers now refuse to fill. Fourthly, it has increasingly morphed to an unregulated labour market using self-employment at the expense of employment protections and labour security.

The government is expecting lower carbon infrastructure and homebuilding to underpin its Build Back Better drive. This all now feels increasingly like a fragile proposition unless we embrace change

So it all sounds a bit familiar, doesn’t it? This all should be a further salutary wake-up call to a construction industry large parts of which have repeatedly refused to acknowledge that the writing is on the wall for its failed labour model. It only remains curious that the truck driver sector is attracting so much attention when it is only 500,000 strong whereas construction, with its similar problems, has circa 2.5 million workers. Perhaps the difference is that, rather than the immediacy of restaurants shutting or menus being reduced, it just means new homes, schools and hospitals will insidiously take longer to build, cost more and potentially increasingly struggle to attain quality standards.

Construction’s continued reliance on traditional methods and site labour intensity, its inability to wean itself off sub-contract and casual labour, its non-UK worker dependence plus its failure to get organised in addressing the industry attraction and training challenges that we have been moaning about for years now mean that the industry should in reality be putting itself on a crisis footing. If we were in a post-covid economic slump and construction workload had fallen away, then declining labour availability would not be showing itself and would in reality be forgotten about for another economic cycle.

As things stand, though, the government is expecting lower carbon infrastructure and homebuilding to underpin its Build Back Better drive. This all now feels increasingly like a fragile proposition unless we embrace change.

Labour cost inflation across site trades, professional and technical services is now at risk of becoming a long-term structural trend while the skills deficit suggests the unwelcome reality is that, while the cost of workers is going up, the quality of work linked to competence and experience is at risk of going backwards.

When I told the industry that it had to modernise or die in 2016, the challenge was founded on the central principle that declining resource resilience meant the traditional labour model was no longer sustainable

In reality there is of course a safety valve in all of this that people do not like to talk about – construction output will naturally start to decline as clients face growing cost viability, predictability or performance challenges – work will simply stop being commissioned. This should be a real wake-up call to those looking forward to a period of post-pandemic growth.

When I told the industry that it had to modernise or die in 2016, the challenge was founded on the central principle that declining resource resilience meant the traditional labour model was no longer sustainable. I spoke about there being a decade in which to set a new course and for the industry collectively and for individual businesses to wake up to the declining workforce and skills risk.

Five years into that decade, we are now behind schedule. A productivity imperative was at the heart of my core recommendations supporting a move to modern methods of construction. The government has woken up to this and has been pushing hard on this agenda. Indeed parts of the industry are now sensing that there is a need for change and we are seeing real evidence of it, partly catalysed by current events.

However, despite the added bonus of a new societal driver – climate change – acting as a powerful Trojan horse for challenging productivity and methods of delivery, the real risk is that even this is not forcing change fast enough. In the meantime the industry is now facing the risk of a chaotic period characterised by resource scarcity, price volatility, safety and quality problems and business models that are no longer fit for purpose set against a backdrop of regulatory reform where the technical bar is rightly being raised in terms of things such as  building safety and carbon.

My 2016 predictions on the likely scale and speed of decline in the construction labour force were seen as fairly dramatic at the time but it now appears they will likely be proven to have been under-estimated. The industry’s pleas to the government to relax post-Brexit migrant worker restrictions have consistently fallen on deaf ears and the tough love that the industry has needed for so long is now being dispensed with real tangible consequences.

Calls in other sectors for prison offenders to be press-ganged into the workforce bring a whole new meaning to asking for a “get out of jail” card when it comes to addressing broader migrant worker dependency in the UK economy and shows that construction is not the only culprit.

Those commissioning clients that are reliant on the construction industry are now, I fear, in for a rough ride unless they quickly build long-term relationships that embed principles of delivery innovation and resource security. I sense that not enough organisations have really used the past five years to think differently about how they deliver as the edginess of the precipice was clearly not quite pressing enough.

There is now however some nervous shuffling going on in boardroom seats of both clients and the construction supply chain dealing with contractual performance and reputational risks and further margin erosion driven by resource inflation, regulatory reform and delivery and financial failures. The shorter-term issues of material production interruption are gradually being exposed as a facade for the much deeper and serious structural challenge of reducing human capital in the construction industry and its logistics chains.

I have written this intentionally to represent a sobering wake-up call as we come up to the five-year anniversary of Modernise or Die. I know I have sounded like a broken record over the past few years but I truly believe that we are entering a new phase which will more markedly expose the industry’s underlying weaknesses.

I am still an optimist when it comes to construction’s future. I see significant progress in attempting to increase the industry’s average pre-manufactured value across a range of fronts and I truly believe that more organisations will eventually modernise rather than die. The fear that I have, based on what I see playing out in front of me now, is that many are leaving the choice so late it means that matters may no longer be in their control.

Mark Farmer is CEO of Cast Consultancy, MHCLG champion for MMC in homebuilding and a member of CLC senior advisors group