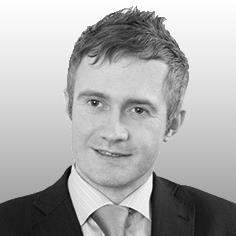 In a recent report on market trends in the UK purpose-built student accommodation sector (2016: Trends in the student accommodation sector) Taylor Wessing predicted that caution would emanate from some investors pending the outcome of the EU referendum and potential Brexit but that other investors would see this as a window of opportunity due to the reduced competition.

So now we have the result, what is likely to be the impact on the sector of the vote to leave the EU?

It’s likely that some investors will take an opportunistic approach to the purpose-built student housing sector. In fact, the sector is likely to prove resilient during a period of economic uncertainty.

The rental market too will remain buoyant. The number of students from other countries in the EU has historically been a relatively small proportion of the total UK student population, principally due to higher tuition fees and costs of living compared to other EU countries.

So it seems unlikely that stricter visa requirements and higher fees for EU students imposed post-Brexit would have a significant impact on overall demand.

Furthermore, there is no reason why the outstanding international reputation of many UK universities will suffer significantly from the referendum result. According to a report issued by London First and PwC in 2015, in 2013/14 there were 310,195 international students in higher education institutions across the UK. The report concluded that “the UK is home to some of the best universities in the world and, therefore, it will continue to attract students from around the world”. That will not change following a Brexit. The post-referendum fall in the value of sterling may also make studying in the UK a more attractive proposition for international students. Figures presented at a leading conference in the student accommodation sector last year placed the total number of private beds in purpose-built student accommodation at around 220,000. Accordingly, there is still an undersupply in the sector that will continue to attract new development and investment over the next few years.

In short, notwithstanding the “leave” vote, occupier demand will remain strong and the sector will remain attractive to both UK and overseas investors.

However, there will be other challenges facing the sector in the near future which are perhaps of greater significance. For example, the increasing focus of local planning authorities on provision of affordable student housing is likely to put a strain on the viability of new developments. This challenge is particularly pertinent in London where a requirement for affordable student housing was enshrined in planning policy by Supplementary Planning Guidance issued by the mayor in March 2016. The guidance requires the element of affordable student accommodation provided in a development to be the “maximum reasonable amount subject to viability”. Conflicting views of developers and planning officers as to what is “viable” may seriously impact on the number of new schemes coming through the planning process.

Rising build costs will also test the viability of new development. The fall in the value of sterling will increase the costs of imported materials and have an immediate impact on construction budgets. A potential restriction on free movement post-Brexit is likely to have a more dramatic impact, with increased labour costs exacerbating build cost inflation. It remains to be seen whether this will be passed on to developers or, in an uncertain market with increased competition for contracts, absorbed by contractors.

Finding solutions to these constraints on the supply side will be crucial to ensuring the continued growth of investment in the purpose built student accommodation sector.