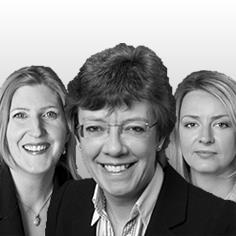 So what will this mean for utilities? The key message is that pre-procurement preparation will become obligatory and no longer just best practice. Rushing into a procurement exercise without thorough preparatory work on key issues could be commercially disadvantageous and will also now put a utility at risk of challenge. Some important points to consider:

The same issues require early engagement from a supplier perspective. Bidders responding to contract notices should be aware of the additional obligations on their prospective employers to provide procurement documents at an earlier stage and need to be ready to respond within the shorter timescales which the new regime allows utilities to set. Bidders should benefit from increased early transparency when preparing tender responses. The controls introduced to limit the term of framework agreements should also provide opportunities to new contractors rather than allowing utilities to extend previously procured contracts.

The changes imposed on utilities by way of the new regulations will result in a significant front-ending of the workload for procuring entities. How many utilities will be prepared for the change?

Stella Mitchell is a partner, Katherine Calder is a consultant and Katy Wall is a senior associate at Berwin Leighton Paisner LLP