What are the employment law implications were the UK to vote to leave the EU in June? Probably less than you might think - the only certain thing is uncertainty 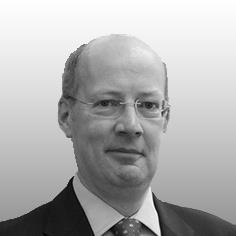 The social policy of the European Union lies behind a significant proportion of employment law in the UK. Freed from membership of the European Union, the government of an independent UK would appear to be at liberty to repeal large swathes of employment law. It might be tempting to imagine that a vote in favour of a Brexit in June will mean the end of the working time regulations and all the controversies about what should be included in holiday pay; that services contracts can in future be priced free of concerns about TUPE liabilities and that the miscellaneous rights to family leave which can be so disruptive to workforce planning will be swept away. In fact, the reality is likely to be very different and while employers should be alert to the implications that a Brexit would have for their businesses, just what those implications might be is difficult to predict. The likelihood that a Brexit will have a significant impact on employment law is surprisingly low.

Although the consequences of an exit are unclear, you might expect that a vote to stay in the EU would at least create certainty. Yet the status quo is unstable. Prime minister David Cameron’s recent deal is subject to challenge by MEPs and by the European Court of Justice. If it survives any such challenge, it will have little effect on employment law, save that the promise to cut red tape may filter through to have some positive effects in due course. We do not know what effect a close vote to stay in the EU would have on the political dynamic and how this might shape future employment laws. What we do know is that the UK government would have the ability to influence future law, but not at the level to which the Conservatives aspired in their 2010 manifesto, which spoke of creating a right to opt out of certain employment laws. More recent talk of opting out of agency worker and working time regulations has fallen by the wayside.

If we were to vote for a Brexit, that may ironically amount to a vote to retain the status quo. The employment law implications of leaving the EU are likely to be determined by the need to strike trade deals. Looking at the experience of European Economic Area countries such as Norway, the price of a trade deal with the EU might be that we are obliged to sign up to EU employment law en bloc. In that scenario, the situation is worse outside the EU than in, because the UK government would not be able to exert any influence over those laws.

Let us imagine that the UK is outside the EU and has a free hand to legislate as it sees fit. It is difficult to envisage that significant changes would be made and in any event these would take time to implement. In 2006 the government took the decision to expand the scope of TUPE in the UK beyond what was required by EU law. A decision to turn the tables and to repeal it would seem unlikely, not least because it would be a recipe for job losses. While developments in discrimination law have been driven of late by the EU, the UK had discrimination laws in place including equal pay legislation before accession to the EU and it is difficult to imagine the platform of rights being pared back in today’s environment, where flexibility and equality are now central to how workforces are made up. Modification is likely to smooth out some of the anomalies, but there is a broad consensus that the objectives behind many of these laws is appropriate.

Given the number of overseas nationals employed in the construction industry, there will be a concern that a Brexit would deprive construction companies of access to labour and that skills shortages would be exacerbated. Although an exit from the EU would remove the right of these workers to remain in employment at a stroke, it is unimaginable that the government would wish to see this happen. It is highly likely that they would be given the right to remain, at least in the short to medium term. Thereafter any immigration controls would probably allow overseas workers to work in the UK where there are shortages.

A lot of water has yet to flow under this bridge and various parties have yet to make their positions clear. Remember that there would be a two-year notice period ahead of exit, so any consequences are not going to arise overnight following a vote to leave the EU. As a consequence, we can only speculate as to what the impact of a Brexit might be and certainly it is very difficult to see what practical steps employers might be advised to take at this stage, in order to plan for the possibility of an exit.

Michael Ryley is a partner in the Employment, Pensions & Immigration team at Weightmans