Village greens are for work and play 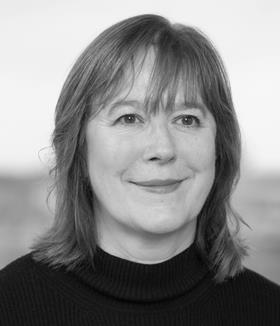 On 12 February, the Supreme Court handed down its ruling in the matter of TW Logistics vs Essex County Council, shedding new light on the rights of various parties around the registration of town or village greens (TVGs).

The case concerned a working quayside owned by TW Logistics and used by that landowner for commercial activities, such as cargo storage and logistics operations, as well as by local inhabitants for general recreation. In spite of the fact that the land in question is concrete dockland rather than a traditional village green, in 2010 Essex County Council accepted an application to register the land as a TVG because it had been used “as of right” for sports and pastimes by large numbers of local inhabitants for the past two decades. Essex County Council considered that the use of the quayside for running, dog walking and socialising by local residents had afforded it the qualities necessary to meet the statutory criteria for a TVG.

In its judgment, the Supreme Court largely accepted the findings from the lower courts that the commercial and recreational uses had coexisted for many years and could continue to be compatible, even with the TVG registration.

The Supreme Court allayed the primary concern from TW Logistics that its commercial activities on the quayside would be criminalised as a result of the TVG registration. In doing so, the court considered numerous potential offences, including interrupting local residents’ use of the TVG for recreational purposes, driving vehicles on the TVG as well as potential health and safety breaches. However, it ruled that TW Logistics would continue to have the right to carry out the commercial activities in question, eliminating the prospect of such activities becoming criminalised.

This is a ruling of which landowners and occupiers need to take note, particularly those operating commercial activities in spaces frequently used by the public for recreational purposes. While the judgment accommodates both landowner and public recreation rights in a TVG, it does still serve as a reminder to landowners of the threats posed by TVG registration.

Indeed, although it maintains that landowners can continue commercial activities in line with prior use of the land, TVG registration can prevent the expansion of such activities where these would impede the recreational rights of local inhabitants. There could therefore be significant opportunity costs to TVG registration, with future development rendered very difficult, if not impossible. Landowners could still be hamstrung by TVG registration – blocking them from developing new activities or building on the land, whether for residential or commercial uses. It is therefore important for landowners to monitor activities carried out by the public on their land that could in turn lead to a TVG registration. Turning a blind eye is not an option.

It is also worth stressing that cases dealing with TVG registration often depend on use “as of right”, which can only really be determined on a case-by-case basis. The facts of the matter carry great weight in such cases and, while the court ruled that TW Logistics’ commercial operations could not be criminalised, that is not to say that this could not happen in a different case. Indeed, it is disappointing to note that the court refused to consider the general principle on TVG registration concerning this issue, opening the door to future disputes and leaving an element of uncertainty for landowners who may, in different circumstances, see their land use criminalised as a result of TVG registration.

While landowners across the country may at first glance breathe a collective sigh of relief at the Supreme Court’s ruling, they should remain alert to TVG registrations as the conflict between recreational and commercial use has not been put to bed for good.