We now have a serious skills crisis on our hands

Recruiters have too many vacancies and too few candidates. Randstad’s Victoria Short warns of a perfect storm engulfing construction 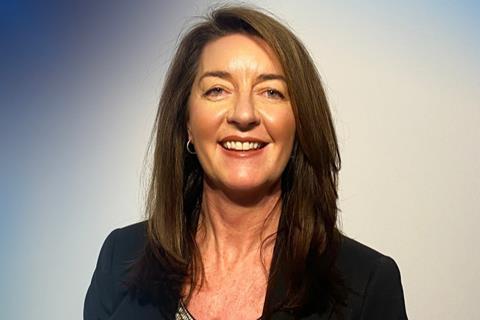 Are labour shortages affecting the construction industry? We certainly have plenty of vacancies. By way of example, at the moment, Randstad has about 3,250 live temporary, contract, or interim jobs available on our website.

Despite the devastating toll of the pandemic, the construction sector around the world has displayed a remarkable resilience. The initial (astounding) fall in output in April 2020 was followed by busy months of recovery, supported by close collaboration between contractors and clients.

Although the gap in work delivered compared with 2019 has not been completely eradicated, it shrank significantly, despite all the restrictions that the industry had to learn how to work with, many of which suppressed productivity on sites.

The industry is set to get busier, too. Only this week, we learnt that thousands of jobs are to be created by water companies after the industry regulator announced a multibillion-pound spree to fund a green recovery.

Ofwat said firms would pump £850m into new projects and bring forward a further £1bn of investment; Severn Trent and South West Water have promised 3,000 jobs between them.

And that is only half the story. A skills shortage needs either too many vacancies or too few candidates to really kick in. We are currently seeing both. There is a smörgåsbord of drivers.

The extension of the furlough scheme until the end of September is not helping - that is the first thing. The economy endured the fastest rise in redundancies on record late last year, before chancellor Rishi Sunak extended the wage support scheme. At the time, the job support scheme delivered. But people currently sitting on furlough might otherwise be motivated to fill these vacancies.

Second, with the tumultuous state of the labour market over the course of the past year, many construction workers left the industry to look for more secure work. Hopefully, that will be temporary and we can win them back. But, as other sectors – such as retail or leisure – erupt out of the blocks, there is more competition for workers. A chippy fitting out a shop cannot simultaneously be working at a new housing development down the road.

Third, there has been an exodus of overseas workers: people have gone home.

Given the nature of the pandemic and its economic and social effects, that makes sense. It is more most in London; two years ago, one in three people working in the capital’s construction sector was born in the EU. Up to 1.3 million workers are estimated to have left the UK since late 2019.

It is not just the pandemic. It is also a result of Brexit. This was something we warned the industry about two years ago, the “Brexodus” of European builders.

Fourth, there appear to be fewer foreign workers seeking work before moving here. That is driven by new limits to the supply of unskilled migrant labour. Employers across the UK can no longer rely on overseas workers to plug gaps in their workforce.

Fifth, IR35 has led many companies to dictate that suppliers - such as small subcontractors - cannot use self-employed people on projects. That has made construction’s talent pool that little bit shallower.

These factors are coalescing to tighten the construction industry’s labour supply. This is illustrated neatly by the ratio of jobs applications we receive for every vacancy we advertise.

In the second half of 2020 we received 353,500 applications for the construction vacancies we were recruiting for. In the first half of 2021, we are set for 315,500 - 10% fewer applications for 40% more jobs. That makes for a candidate-short market - the inheritance of the pandemic, red tape and Brexit.

Victoria Short is the CEO of Randstad UK