When an inspector calls 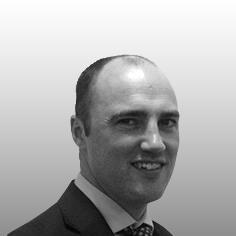 Regulators such as the Health and Safety Executive (HSE) and the Environment Agency (EA) may be required to give 48 hours’ notice and clearly explain their reasons for entering construction sites.

A new code of practice concerning powers of entry comes into force this month. The code forms part of The Protection of Freedoms Act 2012. There are over 1,000 current powers of entry contained within UK primary and secondary legislation. The code gives guidance and sets out considerations that apply before, during and after powers of entry are exercised.

These include guidance on the need to minimise disruption to a business and are intended to ensure greater consistency in the exercise of powers of entry.

Powers of entry might be exercised by regulators to undertake inspections or search for evidence during an investigation. Section 20 of the Health and Safety at Work Act 1974 (the HSWA) provides HSE inspectors with a wide range of powers including the power to enter premises.

Inspectors are allowed to enter premises for the purposes of enforcing the HSWA, and the relevant statutory provisions. The HSWA states that they may only enter at a “reasonable time”, unless they think there is a situation which may be dangerous.

Similarly, section 108 of the Environment Act 1995 gives the EA officers wide powers of entry to carry out an inspection to ensure that
relevant environmental laws are not breached. Officers are required to produce evidence of their authority before exercising their statutory powers and entry to premises must be at a reasonable time unless they believe it is an emergency.

The aim is to achieve the right balance between the need to enforce the law and ensure public protection, and to safeguard the rights of the individual

The code applies to any person exercising a power of entry or associated power. That person must have regard to this new code before, during and after exercising powers of entry. That is unless the exercise of that power is subject to another statutory code of practice, for instance the Police and Criminal Evidence Act (PACE) Code B.

There will be occasions when HSE inspectors or EA officers are accompanied by a police officer when exercising power of entry. In the majority of these circumstances the PACE Code will apply.

However, if, for example, an HSE inspector wants to enter a construction site without a police officer then the code will apply. The code requires the inspector to generally provide a notice of powers and rights to an occupier.

This notice will include information such as whether the entry is conducted with or without a warrant, the powers of entry used, the occupier’s rights, and where a copy of the code can be obtained. The code also states that where it is appropriate and practicable to do so, reasonable notice should be provided to the occupier. Although the Environment Act 1995 and the

HSWA both state that entry can be made at a reasonable time, the code provides further clarity: reasonable notice is said to be usually not less than 48 hours. The code is to be used in conjunction with legislation such as the HSWA. As such, inspectors may still be permitted to enter premises without notice if they think there is a dangerous situation.

The aim of the code is to ensure that powers of entry achieve the right balance between the need to enforce the law and ensure public protection, and the need to provide sufficient safeguards to the rights of
the individual.

Failure to abide by any of the provisions of the code does not make an investigator liable to criminal or civil proceedings. However, the code is admissible as evidence in any such proceedings and any failure by an investigator to have regard for it may be taken into account.

For instance, if an investigator fails to provide notice of powers and rights and/or reasonable notice of entry to an occupier, any evidence obtained as a result of the search could be deemed by a judge to be inadmissible.

This should give at least some peace of mind to construction companies that are faced with the threat of disruption brought by unannounced visits from inspectors.