When it comes to building affordable homes, Dutch courage is called for

hile political initiative and leadership for affordable housing is more reliable and convincing in the Netherlands than it has been in the UK, we need a bit of Dutch courage to tackle Britain’s housing crisis head-on, says Martin Bellinger 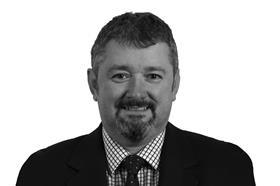 The Dutch are never short of ingenuity. The low-lying country has had to guard both its cycle paths and farms from the sea since the nations inception, using cutting-edge irrigation techniques that are now being exported throughout the world. Now, the Dutch are turning their attention to solving the urban housing crisis in Amsterdam, a city whose population is expected to grow by no less than some 20% in less than two decades.

In response to its vibrant and growing economy, as well as popular anger at the state of the housing market, the local government in Amsterdam have decided to increase the supply of affordable houses in the city. At the moment, average house prices in Amsterdam are ten times the average income – an extraordinary ratio driven mainly by demand outstripping supply and Amsterdam’s burgeoning urban population. By building 7,500 new homes a year - many of which will be affordable - the local government hopes to dent the affordability crisis and ease current frustrations.

Additional funding for affordable housing will be raised by craftily hiking up taxes on thrill-seeking tourists and increasing inner city parking fees for non-residents to a rather steep €7.50 per hour. The combination of these two policies will raise the capital to invest in the design and delivery of affordable homes in key development zones within the city, particularly around Schiphol airport.

Amsterdam’s problem is by no means unique. The housing crisis in London continues to worsen and there are no signs of the political willingness shown by Amsterdam to create a decisive step-change. In addition, the usual affordable housing providers in London - namely local authorities and housing associations - have nowhere near the capacity needed to deliver thousands of homes each year. As Savills research has recently shown, housing associations in London would need to increase the number of homes they build fourfold to meet the sub-market rental demand.

In order to go Dutch and deliver the affordable homes needed, housing associations and local authorities in London need to partner up with more private sector developers to create more capacity in the sector and up their delivery.

Affordable housing targets must be a swift reaction to the dynamics of the housing market. But for housing associations and local authorities to play their part in tackling issues of affordability, they need to bolster their capacity. The best and most available way to do this is through strategic partnerships with the private sector. While political initiative and leadership for affordable housing is more reliable and convincing in the Netherlands than it has been in the UK, we need a bit of Dutch courage to tackle Britain’s housing crisis head-on.