Where does blame lie?

An independent health and safety consultant has recently been imprisoned after a tragic accident on a construction site. Even those who are not directly employers can still be held liable 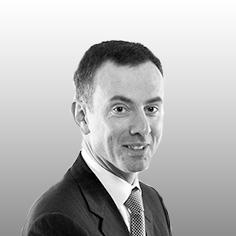 In a stark warning to surveyors, technical and health and safety consultants in the construction industry, an independent health and safety consultant has been sentenced to an immediate term of imprisonment following a fatal accident prosecution. He and the commercial director of the principal contractor were respectively sentenced to over three years imprisonment and nine months imprisonment for their roles in the fatality of an employee, Anghel Milosavlevici, who died after being trapped by a falling wall as he was excavating a residential
basement in Fulham.

Although it is still relatively rare to find individuals being prosecuted, convicted and imprisoned, consultants and anyone offering advice or technical input to those in the building industry should never forget that contractual obligations between the various parties regarding a construction, design and management project are only one aspect of the potential legal liabilities that may face them. Whenever, as here, the police or Health and Safety Executive (HSE) think that an individual’s role is more hands on or can pinpoint someone’s error that leads to a death, both companies and directors (particularly of small sized businesses) may well find themselves being brought in front of a criminal court.

The health and safety at work provisions are extremely wide ranging so that all parties can be brought before a criminal court in the event of a serious accident, regardless as to which of them might be thought to be the most blameworthy. Culpability is not apportioned as it might be in a civil or contractual claim and any breach of duty is sufficient to become embroiled. If an individual employs anyone, then the power to imprison arises under section 3 of the act even if there is no death or even if they are not grossly negligent. Even if they are not an employer, then individuals can still be held liable if they hold a senior enough role that they should have controlled a risk and failed to do so.

Any criminal penalty imposed as a result of such a case cannot be covered by insurance and, as the penalties imposed in this case demonstrate, the risk of custody is not a matter which could be protected, or transferred between the parties. If the way in which the business is conducted even exposes people to risk, criminal liability can attach and regulatory bodies will not hesitate to investigate individuals and companies for corporate manslaughter wherever a death results from a construction accident.

The provisions are drafted to include the self-employed, partnerships, sole traders and even employees, and judicial recognition has noted that the sentences imposed for this sort of accident have traditionally been too low. It is likely that 2015 will see an increase in the level of financial penalties and in the continuing desire on the part of police and HSE to ensure that individuals are held to account wherever a serious accident occurs.

In terms of contractual agreements, it is an offence under the Health and Safety at Work Act 1974 “to expose others to risks to their health and safety by the way in which you run your business.” It is essential that health and safety consultants make it clear in their contractual arrangements as to the scope and extent of their involvement in the project as it is not possible to contract out of health and safety obligations, if any third party is to rely on their advice and by so doing find itself in breach of its duty.

Insurance arrangements or professional indemnity cover is advised, at least to cover the legal costs involved in defending these cases properly from the outset, even if not the fine itself, together with a basic idea as to how the business would react if ever a death occurs on their watch.

Independent health and safety consultants have onerous duties as they are in a position to provide specialist expertise. Richard Golding had failed to properly inspect the basement works and this resulted in the worker being fatally crushed in an unsupported trench when the side wall collapsed.

The court found that if he had properly inspected the site, he would have seen that works were not being carried out in accordance with his safe system of work and that the excavations were not properly shored and propped. The court also found that his safety documentation was inadequate and not being followed.

In the spirit of CDM and multi partner co-operation, the case serves as a reminder to those in the building sector that they all owe duties - reliance was placed on the consultant to ensure safety but, as the court pointed out, he could have prevented works from continuing. The failure of Golding and Sidebottom to carry out their respective roles directly resulted in tragic consequences.