Why do we put up with these dumb homes? 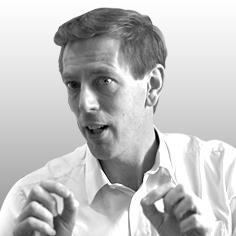 Compared with other sectors, the UK housebuilding industry is remarkably unsophisticated in its use of information technology. Cars, for example, are now virtually computers on wheels. The last time I took my car for a routine service, the service assistant casually told me it was due a software upgrade that day, and when I collected it, it duly drove in a noticeably different way (although the sat nav remained as annoying as before).

In contrast, houses are generally supplied with relatively basic management systems and user interfaces. Typically these consist of a (non-user friendly) thermostat or two with a clock and couple of manual overrides, plus a variety of power and lighting systems and appliances – almost all with simple on/off switches and total reliance on the user to manually optimise performance.

If UK houses were cars, the control systems would be roughly the equivalent of the 1950s Cadillacs still being driven around Cuba.

Why is this, and is there any chance it might change and we might start seeing houses and buildings becoming as “smart” and sophisticated as our vehicles in the next few years?

I don’t think the answer lies in technology or economics. The costs of IT at scale are now very low, and the theoretical scope for securing financial benefits from optimising building performance (energy, ventilation and micro-generation) within and between buildings typically amounts to hundreds of pounds a year in an average home, plus lots of extra comfort – sufficient to fund an initial investment in a decent building management system, you’d think.

Nor do I think it likely that smart homes are held back because homes are seen as primarily investment products, or because location and aesthetics are much more important than performance. You could say exactly the same about cars – they too are (in many cases at least) status and investment products, where performance and running cost is a secondary feature. This doesn’t stop manufacturers competing to offer better fuel efficiency and performance.

No – I suspect the main reasons we all live in pretty dumb and sub-optimal homes lie in the structure and regulation of the construction industry.

The structure holds back innovation in two ways: the small number of large UK housebuilders don’t feel any need to compete on building performance because it’s essentially a monopoly industry once they’ve acquired the most attractive land.

Also, once buildings exist, the very large number and variety of small construction, contracting and technology companies involved in maintenance and energy services ensure that it’s almost impossible to find easy plug-and-play solutions or to get integrated building management systems off the ground at domestic scale.

To make it even harder, energy industry regulation makes it almost impossible to make money out of innovative building management solutions at less than megawatt scale.

So, like many innovations in construction, while smart homes are certainly the future in the UK I think they will be a while arriving yet and we will yet again lose out in global competitiveness.

The way to accelerate progress is not by investing more in technology research and development; it’s by taking an enlightened and ambitious approach to setting national standards for “plug and play” type functionality in energy using devices and smart meters, and (ideally) by opening up construction and energy markets to more and more competition. I will begin 2014 optimistically, by hoping this will be the year we finally discover the power of effective and visionary regulation and meaningful structural change.