A date with destiny

For the first time, a court has ordered that building obligations must be performed ahead of the contractual completion date – it should ensure contracting parties fulfil their side of the bargain 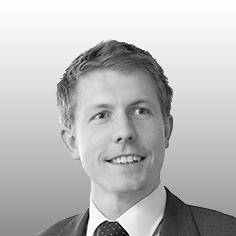 In a recent decision (Airport Industrial GP Ltd vs Heathrow Airport Ltd and AP16 Ltd), however, the High Court made an order for specific performance that required the defendant to take action before the contractual completion date, with the aim of ensuring the result would be achieved by the contract date, or as soon as reasonably possible thereafter. This decision will assist those seeking to ensure that contracting parties comply with their obligations.

AP16 (the second defendant), was the leaseholder of a site at Heathrow Airport on which it was contractually required to build a 280-space car park before 22 October 2016. The tenant of the site (the claimant) and the freeholder (first defendant), Heathrow Airport Ltd (HAL), each sought an order requiring specific performance by AP16 of its obligations. Specific performance enforces obligations to actually perform the contract, and may be awarded by a court if appropriate and where damages would be an inadequate remedy.

The contract did not define how AP16 should perform its obligations but rather the result it must achieve. The parties therefore submitted evidence of the required building work; the claimant and HAL’s scheme provided for a 280-space surface car park with a one year build time, whereas AP16 had applied for planning permission to build a larger multi-storey car park that would take three years to construct. Importantly, AP16’s scheme would allow it to earn income from the additional parking spaces.

The judge expressed doubts that AP16 would build a surface car park if ordered to do so. He also noted that the cost of building a surface car park combined with the resultant lack of income was likely to render AP16 insolvent. This would probably result in possession of the site reverting to HAL.

The issue before the court was whether it could order steps to be taken before 22 October so that the parking spaces would be provided as soon as reasonably possible after that date. There was no direct authority on this point, but in light of a previous case the judge considered that he was able, ahead of 22 October, to order specific performance of AP16’s obligation in favour of HAL and also to give directions as to the steps to be taken to bring about performance. He was therefore able to order AP16 to take steps before 22 October 2016.

The court held that AP16 should be ordered to build a car park within an extended period expiring on 22 October 2018, effectively allowing an additional two years and giving AP16 the opportunity to carry out a profitable development. The court found that it would be disproportionate to punish AP16 by preventing it from making profitable use of the site, and damages would be an adequate remedy for the other parties during this period of delay. The order was conditional upon AP16 (i) depositing funds to cover losses likely to be suffered by HAL due to the delay and (ii) achieving certain planning and construction milestones over the two years, failing which it would have to build the surface car park instead.

So, what’s changed? It was already good law that HAL did not have to wait until 22 October to bring a claim for specific performance. It is still good law that the court would not compel AP16 to provide the parking spaces before that date. What is new, however, is that the court ordered a defendant to take steps ahead of the completion date: despite the fact that AP16 would not be in breach until 23 October, the court could order it to take steps before that date with a view to achieving compliance with its obligations by a later date.

The case also raised interesting points about anticipatory breach. The claimants argued that AP16 was obliged to take all necessary steps before 22 October so that, on that date, there would be 280 parking spaces on the site. AP16 denied this, saying there was no breach at present but it would be in breach if the spaces did not exist by that date. Unfortunately, the matter was not fully considered and so the judge declined to rule on the anticipatory breach issue. However, the decision to order specific performance ahead of the completion date appears to be the first legal authority on this point, and will be of assistance to those seeking to ensure that contracting parties fulfil their side of the bargain.