As cities become more densely populated, we must ensure buildings offer more for the people within them

Why are some of the world’s greatest cities also the loneliest? Selina Mason believes designers and planners can do much to help 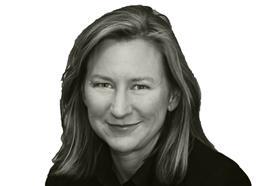 For those of you who have played the game Six Degrees of Kevin Bacon you will not be surprised to learn that a team at Microsoft proved that we are all 6.5 degrees of separation from each other – across the entire global population of 7.5 billion people.

It is an intriguing idea that holds some charm for the city dweller. Clearly, we love to gather together and be connected in a close network and for all sorts of reasons the world’s population continues to be drawn towards city living. An estimated 3 million people every week move into a city; city dwellers now form well over 50% of the entire population and the proportion is expected to reach 68% by 2050. By 1851, around 50% of people in Britain lived in a town or city – that figure is today 83%, and that shift is likely to continue throughout the world for the foreseeable future.

Our public realm can so often be everything that we recognise as antithetical to community, so why do we keep on making the same errors?

So, most of us want to be in cities and we want to feel connected, but evidence suggests that urban life is not always good for us. Harm can be caused by pollution, lack of access to the natural world, chaotic and noisy streets, the daily contest for space on our streets – living at close quarters creates as many issues as it solves. And one of the canaries in the mine is the emerging evidence that despite the people all around them, some in our cities feel lonely and dislocated.

More from Selina Mason: London’s population is on the rise – so how can we ensure good growth?

It is increasingly clear that mental health is an issue that needs to be addressed with the same rigour and sensitivity as our physical health and it appears that, contrary to the popular perception, it is not older people who are most likely to feel lonely but young people. It is a complex territory and research is not always conclusive, but intuitively city dwellers see both the upsides and the downsides very clearly. In their view, a sense of community is declining and pressures of work are preventing people spending enough time in their neighbourhood. So given that there’s a problem is there something that can be done by us? Are there practical measures that those who design and build our cities can take to make a difference?

At the recent Loneliness Lab design “sprint” run by non-profit Collectively and supported by a range of participants including Age Concern, the London Borough of Southwark and Lendlease, we found that there is a lot that can be done, ranging from changing the way we design and manage public space to tackling the internal layouts in tall buildings.

Also read: Housing density - does it stack up?

Recognising and saying hello to your neighbours must be the first step in creating a sense of community. We identified tall buildings as a building type that is not as conducive to knowing your neighbour as many others – residents probably will know who lives next door, but what about the neighbours above and below? And in the lift, who gets in with you – a neighbour, a visitor? Why engage when there’s limited prospect you’ll see the same person again. And the entrance lobbies don’t alleviate the issue, they can be sterile spaces, offering little to the resident community, let alone the streetscape beyond the front door. I once visited a friend in a Brooklyn rental apartment where the lobby housed a piano and a small outside yard for relaxing in – there was space and light and the prospect of activity.

There are no easy answers to this, but it does seem to me that apartment buildings need to offer more to nurture community both inside and outside – perhaps not as grand as a piano but space for activities that encourage people to linger and perhaps get to know their neighbours. A good place is indistinguishable from the people who live and work there, and to create enduring places really means building environments that are sociable. It is as much about social space as it is about bricks and mortar; our desire to create efficiently planned buildings with no wasted space I think sometimes leads to an unwitting mindset of meanness and thoughtlessness rather than careful distribution of resources to invest in what matters. Perhaps a long-life, loose-fit approach might be as useful in creating successful social spaces as it is in creating more adaptable buildings.

At Lendlease, we’re investing in understanding how to contribute to tackling loneliness, but to make a significant difference we need the public and private sectors to collaborate more. Nobody holds all the answers, we all need to innovate and do things differently by challenging unthinking norms. Beyond buildings, our public realm can so often be everything that we recognise as antithetical to community, so why do we keep on making the same errors?

As places transform to increase density and deliver more homes in our cities, the whole public realm should change with it. Urban motorways and dual carriageways once built to smooth the way out of our cities seem to be anachronistic today when we need to create more and better places to live in the city. This is what I mean by collaborating: too often in these kind of places like Stratford High Street the poor architecture just creates a further reason not to care. Instead, let’s create streets that are civil spaces in which the traffic is urban not suburban.

Let’s be creative and make places that work for people first and foremost. How about turning our infrastructure into parks like South Korea’s 6.8 mile-long Cheonggyecheon – let’s have the nerve to be radical, to create value for everyone and see community as an asset to be nurtured and celebrated in every neighbourhood.