Will the UK property sector’s relationship to the annual event change if Britain leaves the EU? 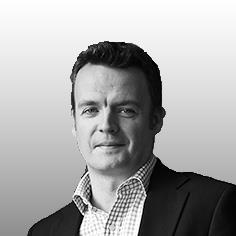 Last week the property sector converged on that quintessentially European, curved waterfront in the south of France and one of the hot topics discussed under the palm trees was Brexit. So what does the potential British exit from the European Union imply for the UK’s development industry – and hence for its relationship with Mipim?

Whether the nation votes on 23 June to remain or leave, the forthcoming referendum is already having an impact. There is much uncertainty about which way the poll will go and business doesn’t like uncertainty, and we are seeing a clear trend in investment decisions being delayed. That said, the vote is not the only reason people are thinking twice about building; there is also the fact that tender prices are high – this is probably the most expensive time to build - as well as the low oil price and volatility in equity markets.

Despite these circumstances, at Mipim I think we will see the same levels of interest from delegates in what the UK has to offer. The London stand was extremely prominent, for example. I do, though, believe that there will have been fewer deals coming out of Mipim than usual in the months leading up to the referendum.

Thankfully, the run-up period to the vote since the referendum date was announced is relatively short compared to that of the Scottish referendum. However, if we vote to leave, there will be another, longer period of uncertainty while the UK negotiates the unwinding of its relationship with the EU and new trade and immigration deals with all 27 European members states. The 2009 Lisbon Treaty gives prime minister David Cameron two years to negotiate Britain’s new relationship to the EU but some experts believe it could take longer. This limbo period is bound to complicate investment decisions and be very disruptive to the development sector.

Mipim is global and Britain will continue to court investment from overseas, wherever in the world that might be

Don’t expect an immediate exodus of global brands from London; businesses will take time to wait for the results of negotiations and make a call once they understand all the implications. Doomsday forecasts of a mass exodus from the capital have, in any case, been overplayed. If post Brexit negotiations do not go well, it is more likely that some businesses will opt for a smaller footprint in London combined with a strategic presence in Europe. HSBC, for example, while recently announcing its intention to remain headquartered in London, has mooted moving its investment bankers to Paris.

The argument that any tenants who do go could be replaced by attracting a new generation of companies from outside Europe – say, from the US or Australia – may hold water. However, the UK’s appeal to such businesses may depend on what sort of trading agreements post-Brexit it can negotiate.

More worrying is the impact of Brexit on the construction industry’s much-needed European workforce. Official figures put the number of migrants in the construction labour force at around 10%. The skills and capacity shortage has been well-publicised and it’s clear that if it suddenly became difficult for Eastern European builders to work here we would not be able to quickly replace them with home-grown labour. It wouldn’t be impossible to replace them with workers from outside the European Economic Area - Asia, for example. But the geographical distance and different health and safety standards would be factors that meant this would not likely be an immediate fix.

So, in light of the changes that Brexit could bring to the UK property sector, would Mipim remain relevant to the UK? I believe it will. The event is global in any case and Britain will continue to court investment from overseas, wherever in the world that might be. In addition, European investment into the UK will remain significant - it might slow down in the post Brexit period but it will not go away. In particular, London’s appeal goes beyond being based in the EU, and it will endure whether we are in or out of Europe. Finally, Mipim is a unique opportunity for the global property industry to gather away from the normal business environment; that will remain as attractive as it has ever been.