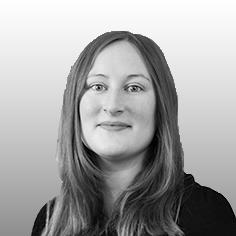 Guidelines have been introduced by the Sentencing Council, effective from 1 February 2016, to act as a definitive guide for both magistrates and Crown Courts when dealing with a number of cases concerning health and safety offences, including corporate manslaughter for companies and individuals.

Before these guidelines were published, there was little specific guidance as to how courts should deal with these issues. This lack of clarity no doubt resulted in courts dealing with some offenders in different ways to others, such as imposing significantly varying fines.

The Sentencing Council has brought a clear structure to future sentencing and has given effect to the changes in the law made by the Health and Safety (Offences) Act 2008 which increased the maximum penalties for a number of relevant health and safety offences. For example, the maximum sentence that can be imposed by a magistrates court increased from £20,000 to an unlimited fine for offences such as contravening any requirement of an improvement or prohibition notice (Section 33 Health and Safety At Work Act). This power relates to offences committed after March 2015.

The guideline moves sentencing towards higher fines and will no doubt have an effect on businesses and individuals who find themselves before the court for health and safety matters. This is because the guideline creates new categories for either increasing or decreasing the seriousness of the offence by considering culpability of the offender and harm caused to the victim.

For example, in a case of poor hygiene in a business, if death or serious injury is caused to a customer, then it will fall within the most serious category. If there is some form of permanent or long-term effect on the victim, then it would fall into the middle category and anything less would be in the lowest category.

In terms of determining culpability, thiswill largely depend on the way the company or individual has acted. For example, are there clear industry recognised measures in place to try and prevent the situation occurring that have been ignored? Have concerns raised by employees or others been disregarded? Should obvious changes have been made or has the dangerous situation existed for some time?

The court will use the premise of culpability and harm to assist them in deciding how serious the offence is. Next the court will look at the business’ turnover to decide on how big the financial penalty should be. For example, a company with a turnover of £50m or more would be looking at a fine of between £2.6m and £10m for a high culpability, higher harm case. The guideline gives scope for this to be even higher depending on the turnover of the company. In contrast, smaller businesses with a turnover of less that £2m can expect fines in the region of £150,000-£450,000 for the same level of offence.

There are a number of important lessons that can be learned from the guidelines to help businesses avoid committing offences, or in the event that they have been committed, to try and ensure they are dealt with at the lowest possible level. Businesses are advised to ensure that practices and procedures for avoiding and mitigating risks are up to date and in accordance with industry standards. If concerns are raised, by internal staff or external sources, make sure they are acted upon and not ignored.

Serious situations such as the death or illness of an employee or member of the public do unfortunately occur. These situations are not always the fault of those in charge. If you find yourself in a situation like this, legal advice is crucial.

Prompt and effective legal advice results in informed decisions being made at the earliest stage possible. This means the solicitor assisting you putting forward a clear and concise defence at both the investigation and prosecution stages.

Alternatively, it is important to have quality representation to advise you if the evidence is overwhelming. If you accept responsibility for any shortcomings, then an early guilty plea avoids long and costly litigation and ensures you receive the best possible sentence discount - in other words, a lower fine.