Beyond the production line: what else the car industry has to teach us 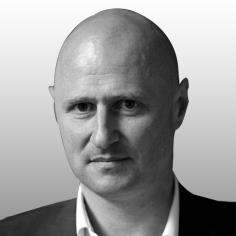 We hear ever less about the ‘knowledge industries’ because they are pre-eminent and IT is embedded in everything we do. Which includes of course the construction and management of buildings. So banging on about BIM is boring!

Outside of construction, the press commentary is focused on brands, bespoke desirable goods and the making of  technologically brilliant and often traditionally crafted products. From watches to bicycle frames to Formula One cars, from cloth to suiting  there is a revised interest in ‘making and makers’. Witness the FT’s brand bible, How to Spend it.

Inside construction, which is a very large industry itself, we have however spent 20 years looking to learn from a very different group of ‘makers’ involved in the  large scale manufacturing of cars. This is the world of production lines and workers rather than the glamorised world of micro factories and craftsmen. It is of less interest to many but of greater import to the economy. And, very much like construction, it is too often ignored by both press and government. There are of course a good reason for the designers and constructors of buildings to look at cars. For we make more and better cars now than ever before; Range Rover, Jaguar, Aston Martin, Rolls Royce & Bentley flourish alongside Nissan and Ford.

“Detail is what distinguishes architecture from building. Evidence of the designers and makers hand engages the eye and the mind, even if subconsciously “

Interestingly, however, car manufacturers now seek to differentiate themselves by celebrating the benefits of craft not production line efficiency. The car is now sold on its brilliance, complexity and particularity (as reliability is assumed). In construction we have missed this change and focused too much on mass production too little on the technology merging craft with detail.

Construction’s holy grail remains exclusively about maximising work off site and minimising assembly on site. This promotes the idea of buildings as large scale products. Designed using computers and BIM, constructed in factories, assembled on site. When elements have to be manufactured on site, think foundations and in situ concrete, the site itself is then conceived as a production line. Which is all well and good but if it is not enough to sell cars it is not good enough to make architecture.

Architecture demands that we combine the two very different ideas of making and manufacture. Detail is what distinguishes architecture from building. Evidence of the designers and makers hand engages the eye and the mind, even if subconsciously. Details delight all.

So let’s learn again from the car industry’s success but this time by noting how it accommodates and then promotes the design of shape, line, performance and finishes all down to the detail of a dial. It is the combination of all these rather than the method of production that has turned these cars into desirable commodities sold around the world.

So yes pursue BIM, off site manufacture, integrated technological innovations but bear in mind that they are just enabling tools. Avoid technological fixation; most of the computer and engine capacity of cars is redundant and utilised only in the vanity and fantasy mind games of marketing. And, to paraphrase Ruskin, remember there will always be someone who can make a building a little cheaper and a lot less valuable. Architecture lasts longer than buildings and both last longer than cars. For architecture is the luxury brand of construction that adds value over time.