A 50% adoption rate is an astonishingly high level of engagement 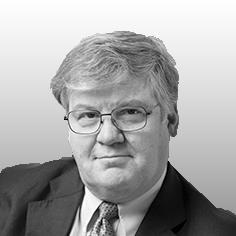 Given how difficult all change is - and particularly in the construction industry, which has regarded itself as pretty well immune from the pressures of international competition that have transformed other industries, I think a 50% adoption rate is an astonishingly high level of engagement. It is also a testament to how well-designed government support, as well as the judicious use of its buying power, can encourage convergence of standards and practice without killing innovation. The strategy has been to break the market failure implicit in would-be adopters being reluctant to invest because of the risk of heading down a “Betamax” cul-de-sac, and offer the incentive to make the change through the promise of future work.

It is no great surprise to see the figures flat lining as it is a vast industry, operating in many different markets, and the pressures for change will also differ. For projects of scale, however, the reality is that BIM is simply becoming the new way of doing of business, and in pretty short order choosing whether or not to adopt it will make as much sense as choosing whether or not to adopt email.

As for the lack of penetration into asset management, that reflects another aspect of British (or maybe just human) nature: which is to go straight from resisting change as unnecessary to arguing that it hasn’t yet solved all of our problems. A lack of continuity between the construction of an asset and its subsequent operation is, however, an age-old structural problem, and it won’t be fixed overnight; but BIM, and in particular its connection into a Soft Landings programme, offers the best prospect of addressing that problem, and of gathering data that will demonstrate the wisdom of doing so.

In summary, it is hard to think of anything that has happened in construction within living memory that has gained so much traction in so little time, and holds out so much promise for improvements in the way that we work together for the benefit of the industry and its clients. Those of a more positive frame of mind than the industry norm might even regard it as exciting.