Disclosure of correspondence in litigation 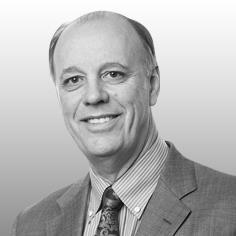 The article “Time is money” by James Bessey, published in Building on 17 May, discussed the recent decision of Carillion vs Emcor and Aecom. In particular, the article discussed the extent to which Emcor’s entitlement as a subcontractor to claim extensions of time had been affected by a supplemental agreement between Carillion and its employer, Rolls Development UK Limited.

The fact that the dispute arose from building works at the Rolls Building, the home of the Technology and Construction Court, gives this case added resonance.

One cannot argue with the public policy considerations behind this judgment.  However, there may be suspicion that a main contractor has achieved an unduly favourable settlement

Whereas, on the one hand, it may be willing to disclose the documents evidencing settlement if it reflects an acknowledgement of  the subcontractor’s failures, if the opposite were true it may wish to withhold disclosure. But can the main contractor do this? This was an issue which came before the House of Lords in Rush & Tompkins Limited vs Greater London Council and others [1988]. Although this decision was made nearly three decades ago, it remains good law and its findings are directly applicable to such a situation. Rush & Tompkins had compromised its claims against the Greater London Council (GLC) for the sum of £1.2m in settlement of all its claims. Whereas the terms of this settlement were disclosed to its subcontractor, Carey, they did not show how much of the £1.2m, if anything, was included for Carey’s claim.

As part of the litigation, Carey sought specific discovery of without prejudice correspondence between the parties leading to the settlement. It hoped that by the disclosure of these documents it would discover what was the value which the GLC had attributed to Carey’s works and the amount which the GLC had evaluated as representing Carey’s claim. Rush & Tompkins refused by stating that this correspondence was privileged from disclosure because it was conducted on a without prejudice basis for the purpose of settling its claim with the GLC. In the leading judgment given by Lord Griffiths, he thought that the wiser course was to protect without prejudice communications between parties to litigation from production to any other parties in the same litigation. He thought that it would otherwise be a discouragement to settlement.

A party would be reluctant to settle if he believed that the admissions might subsequently be held against him. A main contractor would be discouraged if he thought that in achieving a settlement any admissions made by him could then be used against him by any other subcontractor with whom he might also be in dispute. It could even lead to situations where nothing would be put on paper in situations where, in conducting difficult negotiations, they were far better spelt out with precision in writing.

One cannot argue with the public policy considerations that sit behind this judgment.  However, there may be suspicion that a main contractor has achieved an unduly favourable settlement which could be at the subcontractor’s expense. In such circumstances the subcontractor should always look to the terms of his subcontract to see whether the GLC case may be distinguished, allowing them to peep behind the veil of privilege.