Grenfell – a question of trust?

If the Grenfell fire teaches us one thing, says Colm Lacey, it is that the construction and development sectors need to create a culture of trustworthiness and humanity 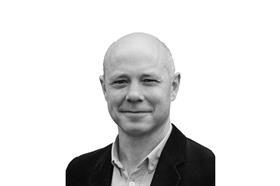 It is more than a year since the Grenfell Tower fire, and the enormity of what happened that night continues to reveal itself on a daily basis through the inquiry.

One particular report from the night of the disaster often returns to my mind. Firefighters in the tower, unable to effectively use their radios due to the concrete mass of the building and sheer volume of radio traffic, were reduced to receiving updates on the location of trapped residents on scraps of paper written in the command unit outside and ferried into the burning building by runners. For all the modern safety systems and processes in place, dealing with the situation had become practically medieval within hours.

Social trauma on this scale illuminates society like a crime scene photographer’s flashbulb. How did a modern, deeply regulated state allow 72 people to be burned to death inside their own homes? And what responsibility do we in the built environment industries, be it through action or complacency, bear for what happened? It seems certain that the formal industry response to Grenfell will focus heavily on regulation. Rightly so. At heart this was a failure of the performance of a building, and that should be controllable.

“Perhaps a more useful focus for the industry is not so much the mediation of trust through regulation, but on the promotion of trustworthiness”

But while the lengthy process of technical enquiry rolls on, there is much we can do to address some more deep-seated failings that have been exposed. Chief among these, for me at least, is the way trust is applied between the various actors in the development process.

A common reading of Grenfell is that it was caused by an excess of trust and a paucity of scrutiny. The wrong material was installed on a building and, for a variety of reasons, the people who should have noticed didn’t. Each actor in the system placed too much trust in the next, and the chain of scrutiny collapsed.

Yet for many working in the built environment, this analysis simply doesn’t go deep enough. The development process is unique in that it exists in an almost constant state of professional scepticism. As a project passes from client to design team to contractor to subcontractor, it often does so with the implicit acceptance that none of these parties fully understand the true intent of the other. Accordingly, elements are repeatedly redesigned or reworked at each stage, often to the detriment of the job at hand.

So the role of trust, or lack thereof, is a complex issue in development and construction. This is reflected in the drafting of regulations, to such an extent that they can sometimes be rendered pointless. It is notable that despite all scrutiny to date, it appears we still do not fully know, without question, whether the installed cladding system on Grenfell was legal and certifiable under the extant Building Regulations regime.

Perhaps a more useful focus for the industry is not so much the mediation of trust through regulation, but on the promotion of trustworthiness. The philosopher Onora O’Neill defines trustworthiness as a combination of competency, honesty and reliability. All three must be present simultaneously if something is to be trustworthy.

In the most recent Ipsos Mori Veracity Index, those surveyed ranked almost all of the major stakeholders in a typical development project below “the ordinary man/woman on the street” in terms of trustworthiness.

The development industry itself has a poor track record of trusting external sources, even if those sources in themselves have no reason to be deemed untrustworthy. Grenfell provides a prime example. Reports suggest the Grenfell Action Group, a local residents group, approved the initial plans for fire-resistant zinc cladding but this was later changed in production to cheaper aluminium cladding. Once work was complete, the group repeatedly informed the building managers and owners that they felt it was not safe and that tenants would be vulnerable in the event of a fire. For whatever reason, they were deemed an untrustworthy source of information at that time – their advice was not acted upon.

So perhaps if we are to choose one thing which the development industry can take from this horrific event, it is that it should pay far greater heed to O’Neill’s components of trustworthiness.

How it should work

On a recent trip to Belfast, I saw a small example of this in action. I met an architect who had been brought out of contented retirement by a local landowner to design the extension and refurbishment of a set of buildings he had bought in the city’s Cathedral Quarter. Many years before, both had been early adopters of what was then an unfashionable, dangerous area and moved their successful businesses there. Both felt a deep obligation to deliver something that offered more to the surrounding place than the building itself.

The scheme they created was put together by local contractors known to both, using decent-quality materials, with a good proportion locally sourced. It was a carefully designed, authentic, locally relevant development, which reflected the pride and skill of the people who designed and built it. It was competent, reliable and honest.

Perhaps what this suggests is that if we are to genuinely improve on the trustworthiness of the development industry, we must reintroduce some humanity and stewardship into what has become a regulatory, cost-driven development process. If Grenfell has taught us one thing, it is that the absence of a consistent guiding hand in design and construction, and a searing focus on the needs of the end user, can lead to developments veering dreadfully off track. The awful irony of Grenfell is that the greatest cost of all was never considered.

Colm Lacey is chief executive of Brick by Brick, a development company established by Croydon council

Colm Lacey will be speaking at the session ’What is the impact on construction post-Grenfell? at Building Live. Book your place here