The government’s resolve - yet again - to postpone the decision on airport expansion shows that planning remains subservient to politics, and sets off alarm bells for the National Infrastructure Commission - which must act now to protect its authority 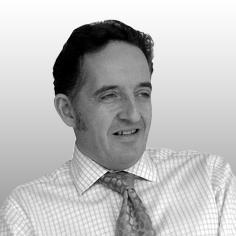 Veterans of the eight-year, £80m planning battle over Heathrow Terminal 5 would have felt an overwhelming sense of déjà vu last week when the government slipped out an announcement that any decision in connection with an expansion to London’s runway capacity would be delayed until summer 2016.

This decision affects infrastructure that the Davies Commission has determined is crucial to maintaining the UK’s status as a global hub for aviation. It has taken three years to get this far and the clock is ticking. Irrespective of the merits of the individual schemes considered by the commission, the overall findings of the report are clear - capacity constraint is already a problem and a new runway must be in position by 2030. Threats by Willie Walsh, International Airlines Group’s chief executive, to divert flights from London to Dublin or Madrid, undermining the UK’s role as a hub, may be more than just sabre rattling - aviation CEOs are not known for being shrinking violets.

To the outsider, what is most galling about the government’s latest, short-term delay in decision-making, is the way in which every political advantage associated with the runway decision that has been secured over the past three years could be about to be squandered - potentially at the cost of the authority and effectiveness of the National Infrastructure Commission (NIC).

First, the government has a majority - a far stronger position for the executive than would ever have been envisaged when the Davies Commission commenced its work. To be fair, the Conservatives have form when it comes to bringing politics into aviation - forcing an unnecessary Commons vote on Heathrow in 2009. However, the absence of a coalition partner in 2015 makes it far easier to act in the national interest and directly addressing inevitable, local opposition.

Second, the Davies Commission has fulfilled its function of trumping the electoral cycle. The early years of a political term are always the best times to make hard calls - and this one has just been ducked. Allowing such a strategic decision to become subservient to London local politics again clearly signals a lack of willingness to be accountable to the national interest.

Third, the strenuous efforts to mitigate environmental impacts set out in the report are likely to be undermined by the government’s request for further studies - which no doubt would have been undertaken as part of later stages of the infrastructure planning process - effectively challenging the authority and competence of the Airports Commission.

Following last week’s announcement, can Lord Adonis really be confident that the findings of the National Infrastructure Commission will be accepted and acted on, or will they also be subject to delay and further review?

Think of the context within which the commission operates. The first is the northern powerhouse, constructed out of large authorities with increased devolved powers run by elected mayors. Given that the catalyst for the delay to the airport decision is the London mayoral election, will the raising of the profile of local politics through the devolution of powers help or hinder decisions on the allocation of resources between competing cities? Let’s wait until after May to see what happens in London.

The second context is energy generation, where future policy is likely to be deeply influenced by commitments made at the Paris UN Climate Summit. Recent decisions by the government with respect to the allocation of subsidy for low-carbon energy have undermined the confidence of investors in new capacity. NIC recommendations in connection with the UK’s future energy mix will have to drive even deeper decarbonisation to hit the 40% greenhouse gas reduction target proposed by the EU as its Paris Conference Commitment. Can the NIC be confident that crucial financial support will be in place to facilitate new technologies, or to support long-term projects associated with reduced energy consumption?

The third of course is housing - possibly the most divisive issue of all given that the national housing crisis potentially impacts every community. Here the government has an improving track record - earmarking funding for enabling infrastructure for Ebbsfleet and other major schemes in the Autumn Statement, for example, but at the same time reducing the options available to deliver housing based on different tenures through moves such as changing planning gain deals associated with starter homes. The problem with these changes is that cumulatively they leave the NIC with very few levers to pull to develop workable, alternative solutions to the housing problem.

Given what has happened to the recommendations of the Davies Commission, it is readily foreseeable that the NIC’s needs-based assessment of infrastructure cost and benefit will always be at risk of being trumped by day-to-day politics. What can be done to mitigate a risk that is deeply ingrained in national culture?

First, the NIC needs to have a genuinely national role and public profile. Public engagement and support for proposals at a national and regional level will lend greater authority. Second, it has to act quickly so that actionable recommendations are in the public domain early in the political cycle. Finally and most important of all - it must hold the government to account, sticking to its remit to hold “feet to the fire” in defence of the independent planning process. With businesses united in condemning the government’s failure to back the decision of its own independent commission, the NIC must act to assert its position as the promotor of the UK’s long-term infrastructure agenda.