Mipim blog: Do Scotland's cities get the profile they deserve?

The power of cities to drive economic growth is a big theme at Mipim this year, let’s not forget those north of the border 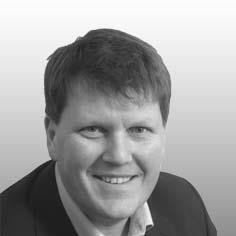 At the time of writing there are 47 delegates listed as attending Mipim from Scotland of which more than half are exhibitors. By contrast Manchester has 174 delegates of which 149 are exhibitors. So are the Scottish cities competing well enough on the world stage, post referendum and during the new city devolution debate?

It seems that everywhere we look the city agenda is centre stage. For example BCO has just announced its programme for Chicago 2015 and again cities are to the fore. How does all this sit with the Scottish Cities Alliance which states on its website “Cities are revealed by study after study as being the key to driving economic growth”?

The Scottish Cities Alliance is once again featuring this year at Mipim after an inaugural visit last year and a strong presence at Mipim UK in London in October. Scotland appears to have finally got rid of the Tunnock’s Caramel Wafers and Shortbread to entice delegates during previous attempts at Mipim. This was replaced last year with a fresh new approach but is the Scottish property industry supporting it enough? The number of delegates would suggest not.

The other key player in this debate is the Core Cities Group. It represents the councils of England’s eight largest city economies outside London along with Glasgow and Cardiff. Their statement is that “these cities drive local and underpin national economies”. This group is really pressing the city agenda.

At the recent Core Cities UK Devolution Summit in Glasgow it is clear the debate is gathering real momentum. This debate is being fuelled by a desire to have some form of fiscal autonomy among the core Cities Group. Their proposals are covered in a report “Restoring Britain’s City States”.

The iquestion now is: how fast can this happen? In our Glasgow office we are seeing staff travelling from the smaller cities such as Perth and Stirling to find employment. Is this just a micro map of the real issue in the UK economy that it is still centred on London. We have to find ways of generating places in these cities that populations want to live and work in. All of the cities outside of London offer greater work life balances that cannot be achieved in London. This in an era where it is nearly impossible to step onto the London property market ladder and yet the ability to function in a plethora of careers through technology now exists. So Scotland and perhaps the regional cities need to try even harder at Mipim.

And one last word for the Scottish Cities Alliance… Please do not drop the IRN BRU.  It is still an essential requirement for Mipim as the best hangover cure.

Richard Blair is a board member at AHR, and works between Glasgow, Manchester and London