As uncertainty reigns, businesses are more than usually at the mercy of both global and domestic political tensions and all we seem to be able to do is wait 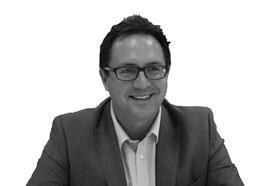 It has been said that the only thing we have to fear is fear itself. While that clearly isn’t quite true, and there are some very real and present dangers out there, the potential damage done by uncertainty really is significant.

While the UK lurches towards a new phase of Brexit chaos, indicators of economic health are pointing to a weakening global economy and possible recession (though nobody can predict its timing). These are combining to heighten nervousness among international investors and intensify uncertainty across British businesses, with a clear impact on confidence and a reluctance to commit to investment decisions. The spread of nationalism in policies and populism in politics of many countries, alongside the US-China trade war, is fuelling moves away from globalisation.

The spread of nationalism in the policies of many countries, alongside the US-China trade war, is fuelling moves away from globalisation

At home, the property and construction industries are desperate for clarity and direction, and the next few months will determine the extent to which they will receive these, as clients decide whether, or not, to press ahead with development. Each sector of the market is fighting its own challenges and looking to exploit its respective opportunities (the re-purposing of retail assets against a backdrop of continual retailed bankruptcies being the most obvious daily reminder), with a common theme of the need for structural changes and more dynamic business models. The failure of British Steel and the headlines around the struggles of large contractors further highlight supply-side difficulties and the urgency for industry transformation and a broader embracing of modern methods of construction.

Money is circling London real estate but not necessarily landing. Property is in something of a “holding pattern” and is likely to remain so until Brexit is sorted once and for all. The profound uncertainty of the moment is presenting a window in which contractors are setting their sights on certain projects (the ones most likely to happen), with some trades in particular aiming to be as competitive as possible. This will either be extended or replaced by a “Brexit bounce”, depending on what happens politically in the remaining months of 2019.

As Brexit (presumably) nears its end game and wider trends develop, it feels as if we are entering a period of fundamental tensions, which at varying times should come to a head, requiring some compromises. These tensions include: Britain’s exit from the EU versus consensus on what this means; globalisation versus “slowbalisation”; rising global debt burden versus continual search for growth; the urgent need to protect our environment versus the cost of doing so and softening real estate values versus pressure on construction costs.

Some clients have a growing sense of expecting a bargain at the point of receiving a tender for construction work – evidence would suggest that early trades have already applied an element of margin compression, and I expect later trades in the construction cycle to follow suit. But this will be short-lived and is not sustainable. We should not believe that the supply chain will buy work at nil or negative margins and nor should they.

With both margins and pipeline constrained, there could be a rebound in prices if a Brexit resolution brings a return of confidence to the London commercial market. This has the potential to be a bit like 2013/2014 (albeit not as extreme), when an increase in activity enabled the supply chain to target strong margin recovery. The ingredients now may not be quite the same, but it remains a very real potential scenario, and one to acknowledge.

As for infrastructure, there is a fear in the sector that HS2 is not “nailed on” – could the government be tempted to write off expenditure to date and divert spending to the NHS to hold onto power? Boris’s early announcements require him to find money from somewhere …

The infrastructure sector in particular has historically been at the mercy of political dynamics, and this is set to continue, with overall construction output, capacity and therefore tender prices subject to political movements over the next three to four months. We wait with bated breath …