It wasn’t exactly a night of the long knives, but a trio of political reshuffles in the space of a day served only to rob us of much-needed expertise, especially in housing 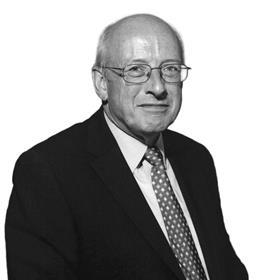 The ministerial reshuffle is a curious process. How many business chief executives would, for example, choose on one day of the year to move 20 or so of their senior management team into different jobs, and sack a further 10 or more, all in the full glare of national publicity, and then do nothing to dispel the expectation that something similar will be repeated in 12 months’ time?  Few rational human beings, least of all those experienced in running large organisations, would suggest this as a model for effective team building or motivating one’s senior executives.

Yet in the political world, it is taken for granted that reshuffles are part of the annual political calendar. This year was only different in that all three main political parties carried out their reshuffle on the same day.

Looking at the consequences for housing, the outcome has been the simultaneous replacement of the housing minister, Mark Prisk, his Labour counterpart, Jack Dromey, and the Lib Dem spokesman, Don Foster.  Talking to senior people in the housing world on the evening that this reshuffle occurred, it was difficult to counter their perception that the three political party leaders were living in a parallel universe with very little understanding of what goes on in the real world.

From the perspective of the housing world, all three spokesmen had worked hard to build relationships with the wide range of people and organisations involved in planning, designing, financing, building, improving, managing and maintaining the country’s 24 million homes, and understanding the widely different aspirations, challenges and problems facing members of the public seeking to buy, rent, share, move or stay in their home or simply to get a roof over their head.

As I know well from my own experience, it takes time to build relationships and an understanding of the key issues affecting any sector of the economy.  In my case I had the benefit of seven years, the first three as opposition spokesman, and the subsequent four as minister for construction, with a similar length of involvement in housing.

I feel for my successors, who as a consequence of repeated reshuffles never stayed in post for more than two years and in many cases were moved after one year or less.  Indeed I often joked that the length of time I and my Labour successors as construction minister stayed in office read like a reverse Fibonacci series: four years (me), two years (Brian Wilson), two years (Nigel Griffiths), one year (Alun Michael), one year (Margaret Hodge), seven months (Stephen Timms), seven months (Shriti Vadera). With the best will in the world, even the most competent minister (and many of these were very capable indeed) would struggle to get a handle on the sector and its key challenges, let alone win the respect and confidence of the main players in the industry, with such a short tenure of office.

That is why it seems so odd that all three parties have changed their housing spokesman, when two had only been in post for one year and the third for just two. Had the office holders been doing badly, a replacement might have been understandable, but all three had demonstrated real aptitude and skill in their respective posts. Indeed, I gather that all three were told that the move was nothing to do with their performance. That in itself is a shocking indictment of the process. What incentive can there be for a newly appointed minister or shadow minister to apply themselves seriously to getting to know the sector, its key players and the issues that need to be addressed, knowing that their length in post will depend not on how well the job is done, but on arbitrary and exterior political considerations such as how many new faces should feature in the next cabinet/shadow cabinet photograph.

If ministers are either prevented or discouraged from applying themselves to do the best possible job, the whole political process will be further damaged in the eyes of the public

This is not to say that wider political considerations should have no role at all in ministerial appointments. Of course party leaders do have to ensure a balanced team, and political pressures such as the impending referendum in Scotland may require changes in personnel for reasons other than the performance of individual office holders. But we ignore at our peril the simple truth that governments are ultimately judged on their performance in office and if their ministers are either prevented or discouraged from applying themselves to do the best possible job in the role to which they have been assigned, the whole political process will be further damaged in the eyes of the public.

At a time when politicians are not held in the highest esteem and the political process itself is failing to engage the enthusiastic participation of the whole population, our political leaders should be more mindful of how some of the activities which go on in the Westminster village are perceived by the world outside.