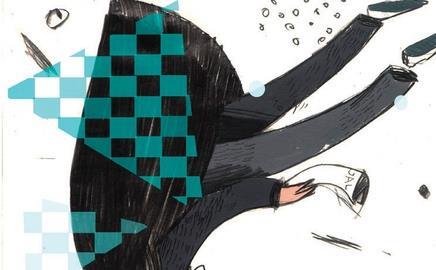 Last month Grainger, the well-known residential landlord, reached an out of court settlement worth more than £50,000 with a former employee in a dispute that centred on the meaning of religion. This was not some doctrinal argument, but a test case that examined how far Britain’s religious discrimination laws go to protect an individual’s beliefs. Other firms in the building world, who may believe that they “do not do God”, may have to think again.

Tim Nicholson, the former head of sustainability at Grainger, claimed that he had lost his job because of his strongly held convictions about the need to combat climate change. He brought proceedings under the Employment Equality (Religion or Belief) Regulations, arguing that his views amounted to a belief for those purposes and that the real reason he had been made redundant was the employer’s reaction to the stand he was taking on green issues.

Even though it is more than six years since the regulations came into force, this argument may have come as a surprise to his employers and their legal advisers. Up to then most claimants had been from the world’s major religions, and the decisions handed down by the courts had tended to focus on two main topics: dress codes and conscientious objection.

In the first category disputes have focused on whether employers are entitled to insist on a particular dress code that excludes articles of clothing or jewellery that have a particular religious significance for their wearers. There have also been a number of cases about the so-called “clash of rights”, looking at whether Christian employees with strong convictions about the morality of homosexuality can opt out of services provided by their employer to same-sex couples. As a general rule, employees have not come off particularly well in these disputes, provided the employer has had a cogent reason for imposing its requirements and has consulted them fairly in advance.

The Grainger case hit the headlines last year because the Employment Appeal Tribunal made its first significant ruling about what religion or belief actually means. The regulations themselves do not provide much of a clue. They say religion means any kind of religion, and belief means any religious or philosophical belief, but for obvious reasons this does not take things a lot further.

The tribunal decided all “cogent and serious” beliefs about a “substantial aspect of human life and behaviour” were protected, provided they were genuinely held and “worthy of respect in a democratic society”. In other words, it said there was no requirement for a protected belief to be religious in the traditional sense.

It followed that Grainger’s belief in the moral imperatives generated by man-made climate change would, if genuinely held, be a protected belief. Having decided this, the case was sent back to the tribunal for it to decide whether Grainger did in fact have this belief, and if so whether it played any part in his employer’s decision to dismiss him. The case was settled shortly before the tribunal hearing was due to start.

Since then, the Grainger test has already been applied in two other cases. An employment tribunal was prepared to accept that a spiritualist police officer was potentially protected by the regulations, though in the end he was unable to prove that he had been dismissed because of his belief that psychics could help solve criminal investigations.

Earlier this year we had a ruling from another employment tribunal that went against a number of union members who claimed they had been disciplined for reasons connected with their Marxist or Trotskyite beliefs. Despite indications in the Grainger case that political beliefs could be covered, the tribunal thought that the regulations were not intended to protect proponents of extreme political views from criticism: since they advocated the overthrowing of an elected government, such views could not be regarded as worthy of respect in a democratic society.

As a result of these developments, employers will need to be aware that it is not just proponents of the traditional world religions who are protected from belief-based discrimination. It is unlikely that Grainger is the only deep green employee in the property world and it is perfectly possible that employers will wish to discipline employees in circumstances where they can claim a connection is being made with their beliefs. A full appreciation of the width of protection for religious and other beliefs is likely to be an advantage in what will continue to be difficult territory for employers, as well as landlords and service providers.

Martin Brewer is a partner in Mills & Reeve