Bent on pursuing its ideological objectives, the government has dismissed the Lyons and Armitt reports. Instead, it should plunder them and present the best solutions as its own 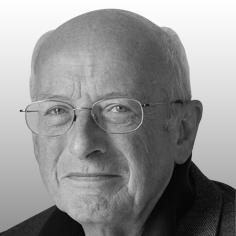 Among the worst casualties of general elections are good ideas that have been espoused by the losing party. One of the worst tendencies in modern politics is to believe that any policy adopted by your opponents must be wrong. The only exception to this fairly universal modus operandi is where an idea is so patently right it is brazenly stolen by the winning party and presented as their own.

This dynamic is particularly relevant to the construction industry, and demonstrated by three revealing recent examples. The “stolen” policy is of course the government’s conversion to the case for a living wage, a surprising but nevertheless very welcome volte-face by the Conservatives who had opposed the previous Labour government’s introduction of the national minimum wage with lurid (and as it proved wholly inaccurate) forecasts of massive unemployment as a consequence. So two cheers at least for the repenting former sinners who have seen the light.

However, that takes us to the two good ideas that have been ruled out. First is the proposal developed by Sir John Armitt for a National Infrastructure Commission. The logic is unanswerable. As a country we have been prone to erratic decision-making on new infrastructure schemes. Yes, there have been some real successes - Crossrail, for example. Other glaringly obvious infrastructure needs, such as expanded airport capacity in the South-east, have been repeatedly shelved as politically too difficult. In the last parliament, the government parked the issue with Sir Howard Davies. Now they have his recommendation, they are wrestling with the political question of how to respond against the opposition of the current mayor of London, the likely Conservative candidate for next May’s mayoral election and almost half the Cabinet.

There must be better ways of analysing, prioritising and taking forward the country’s key infrastructure needs and Sir John Armitt came up with a very astute solution. His proposal was to create a standing infrastructure commission made of people with professional expertise in the subject, which would present to government a detailed and costed plan for supplying the priority needs. This would not, like the Davies Commission, be just a one-off look at one type of infrastructure. The National Infrastructure Commission would keep the whole area under review and regularly update its recommendations in the light of emerging needs or shortfalls. Given the often controversial nature of many infrastructure projects and the scale of finance required, it would be unrealistic to expect the recommendations of an expert but unelected committee to be adopted without any political input. Sir John recognised this and made it clear that it would be ultimately up to government to recommend whether to implement all or some of the commission’s recommendations. Indeed, as the Armitt Report proposed, the government would have to explain and justify its decisions to parliament.

The dynamic created by Sir John’s proposal would therefore help create a better framework for decision making and make it much less likely that necessary infrastructure projects could be sidelined capriciously. But sadly Sir John’s admirable recommendations, despite being developed in a scrupulously non-partisan spirit, have been rejected by the government as “not invented here”.

A similar fate has befallen Sir Michael Lyons’ thorough and detailed analysis of how to remedy the massive shortfall in the supply of homes to meet needs. Instead of trying to learn from Sir Michael’s work, the government has started its new term in office with a determination to impose its political ideology with scant regard for the impact on housing output. How else can one explain a series of measures including the right to buy, the 1% per annum rent reduction for housing associations, and the reduced benefit cap, which all experts agree will make it harder for the providers of affordable and social housing to expand supply.

Of course political parties want to do things that satisfy their ideological objectives, but as Sir John Armitt’s report recognised, there has to be a process of dialogue between expert opinion and political preference. Where the two coalesce - so much the better, but if they don’t, parliament and the public need to see where they conflict and where politicians are ignoring expert advice. Indeed, the discipline of having to justify political decisions not on ideological grounds but on whether or not they will deliver the outcome the country needs would provide a helpful safeguard against the tendency of governments to adopt ill-considered or frankly misguided policies purely to satisfy their party’s ideological preferences. If David Cameron and George Osborne could be persuaded that the Armitt and Lyons reports actually contain sound practical recommendations which, if adopted, could help the government address more successfully Britain’s housing and infrastructure needs, I for one would have no objection to them “stealing” the opposition’s good idea.