The Lyons Review sets out a routemap to the construction of 200,000 homes a year, so what do private housebuilders and affordable housing landlords make of it? 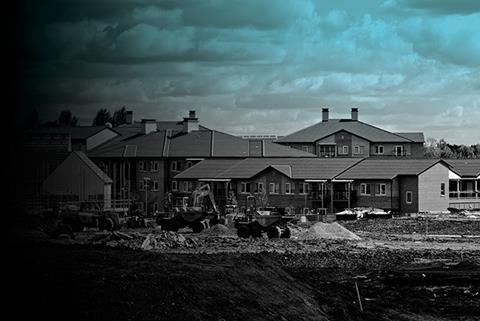 Last week’s publication of the long-awaited Labour party-commissioned Lyons Review was hailed in some quarters as the first comprehensive attempt to address the UK’s housebuilding crisis since the publication of the Barker Review of Land Use Planning 10 years ago. It claims to provide a routemap to the construction of 200,000 homes a year in England by 2020, through a combination of planning reform, policy changes and new institutional architecture such as New Homes Corporations, based on the Olympic Delivery Authority.

The Chartered Institute of Housing branded it a “detailed blueprint for action” that would bring “a renewed urgency to addressing the housing crisis” if implemented.

Certainly that was the reaction the Labour party was trying to get, with shadow housing minister Emma Reynolds saying: “The thing that is radical about this is the comprehensive nature of it. I don’t think either government party can claim to have a coherent plan to improve things in the way this is. The Conservatives’ analysis seems to be that the market will recover and it’ll be ok.”

As such the review, much of which has been immediately taken on as Labour party policy, has been broadly welcomed by both the affordable housing sector and the mainstream housebuilding industry.

The basic premise of the report is that the structure of the housebuilding industry is not fit to deliver the homes the nation needs, and that smaller housebuilders, contractors, self-builders and a variety of new entrants are needed, plus a big dose of public sector intervention, to get things happening more quickly. A housing minister will sit in Cabinet, looking after an explicit target of seeing 200,000 homes produced, using a new national spatial assessment of planned infrastructure and housing growth to meet it.

But like all such attempts at “comprehensive” reform, it is in reality made up of a patchwork of individual measures, each of which attempts to address specific perceived blockages, and many of which - such as the “use it or lose it” approach to land banking - are highly controversial. Five of the most important individual measures are listed here, and we asked the groups representing private housebuilders and the affordable housing sector whether they actually believe they’ll make a difference to housing supply.

The Lyons Review says action must be taken to prevent developers and speculators land-banking and thereby stalling homebuilding. Under the banner of “use it or lose it”, the review proposes a variety of measures to incentivise builders to get on site with planning permissions, including limiting the life of a planning permission from three to two years and allowing councils to levy council tax on proposed developments that haven’t been built at the rate they would if they existed. In addition it proposes beefing up and streamlining compulsory purchase powers to make the process faster and easier for councils.

Home Builders’ Federation: Bringing more land forward more quickly for development is key. Developers do not land bank and proposals for taxing land need to be carefully considered and are not straight forward. The major concern here is that there are sites which, even when allocated, will take years to come to fruition and at allocation stage it isn’t always apparent how many units would be on a site - so how would any levy be decided?

Chartered Institute of Housing: The Lyons report is right to say that in return for an efficient planning system site owners must be expected to execute the permissions they have been granted within a reasonable time period. The exact details of the proposals here will be important and CIH is ready to play its part in discussing them.

The coalition government cut funding for affordable housing by 50% upon entering office in 2010, though rates of build have been maintained by allowing landlords to charge higher rents. Lyons says the pre-2010 definition of affordable housing will be reinstated, implying that freedom will be curtailed. However, no additional funding for social housing has been identified, with shadow chancellor Ed Balls explicitly ruling out further borrowing to fund capital expenditure (albeit he has said housing will be given “a higher priority” within existing resources). Last year George Osborne raised the cap on local authority borrowing to fund new housing by £300m, while resisting calls by campaigners for even greater flexibility. The Lyons Review does not propose lifting the cap further, though it says individual authorities should be given headroom to use up the borrowing capacities of other authorities which do not intend to borrow.

HBF: Lyons has outlined the pros and cons of raising borrowing caps on an individual basis for local authorities presenting compelling business cases for doing so but, as the report states, such a decision with its implications for the public balance sheet can only be made by the Treasury.

CIH: It is inevitable, given the fiscal and economic environment, that Sir Michael did not feel able to make major new funding commitments. The CIH agrees that investing in housing must be a priority for any new government - and that should include revisiting the borrowing caps for local authorities.

The Lyons Review agrees with the coalition’s broad approach to planning, and will not rip up the pro-development National Planning Policy Framework. However, it proposes that if councils fail to submit draft plans for examination by December 2016, the Planning Inspectorate (PINS) will be able to intervene to draw up the plan itself in collaboration with local residents. Currently there is no deadline for creating plans, with the government relying on the fact that failure to submit leaves councils vulnerable to speculative applications. Lyons also proposes PINS will have powers to step in where councils are not co-operating to meet the identified need for homes across wider “housing market areas” that cross council boundaries. Delivery against plans will be monitored, with larger allocations made where performance is poor.

HBF: Local plans are key. Having them in place ensures all parties are aware of housing plans, reducing the time taken and cost of the planning process, and crucially cuts the potential for conflict. The legislation to allow this to happen is in fact already in place.

CIH: Lyons is right to insist that councils should ensure they have a proper local plan in place and that they understand the importance of working together effectively to deal with planning and growth issues that cross individual authority boundaries.

Although the Liberal Democrats have been pushing the idea of garden cities, Tory opposition means the policy has largely foundered, with the exception of plans for 10,000 homes in Ebbsfleet. Lyons says identifying appropriate sites for new garden cities should be an “early priority” for the next government, though crucially - as with this government - plans will have to be locally led rather than imposed from central government. Garden cities will be brought forward through the creation of Garden City Development Corporations and be required to meet certain development standards, but they will also benefit from Treasury guarantees and financial incentives. Crucially, amended CPO powers will allow Development Corporations to buy up land at a price that allows further uplift in value to be captured by the public sector. Overall the review estimates that plans accounting for 500,000 homes could be produced.

HBF: Garden cities could provide a boost to housing numbers in the long term. But they are notoriously difficult to get off the ground and this cannot be at the expense of short-term solutions to critical problems of housing supply.

CIH: New settlements and urban extensions will need to be part of the mix if we are to build the numbers of homes we need. The review helpfully identifies a number of funding options that will help government provide the kind of long-term investment that is needed to get new communities up and running.

Lyons’ review says that in order to prevent nimbyism, moves must be made to prevent local people from feeling that they have nothing to gain from developments. Currently many developers finance schemes by selling homes off plan to foreign investors in advance, though a number in London where the practice is most common have already committed to marketing them at the same time locally under pressure from the mayor. Lyons proposes that in designated “housing growth areas”, where local authorities are assembling land to promote growth, a proportion of the homes produced must be offered first to local people before they are marketed elsewhere.

HBF: Any attempts at market control must be managed carefully, and the report itself confirms that almost three-quarters of households move less than 10 miles, but ensuring first-time buyers can access housing is critical to the overall housing market and thus the industry’s ability to deliver.

CIH: It is important that local communities feel that they see the benefit from planning decisions taken in their area. This proposal would help deliver that while ensuring we will also deliver new homes for people who need to move to an area supporting economic growth by enabling geographical mobility.