The tides of change 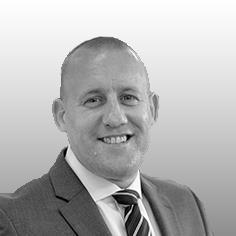 Andy Williamson is right to say that dealing with water where it falls is a more cost effective, naturally efficient alternative than blowing £4.2bn – twice as much as we need – on London’s super sewer.

As he says, it’s an urban problem not just a London problem. But it’s potentially more urgent and on a far bigger scale, involving us all. London is just first in line.

James Hansen, a respected climate scientists, warns that ice melting on and around Greenland and Antarctica will cause much faster rises in sea level than mainstream predictions. We’re likely to see several metres of sea-level rise this century and more super storms.

New Scientist magazine says most glaciologists agree with his predictions of sea level rise, though not the speed of change. But it says “official” predictions have been too conservative time and time again, and Hansen has a history of predictions that are bang on the money. That doesn’t mean he’s right, but it makes you think.

What affects London today, will affect the rest of us tomorrow

Significantly, 41 of these recent closures were to protect against prolonged heavy rainfall in the Thames catchment area, not tidal surges from the east. And heavy rains and more frequent storms are having other effects on London’s homes and businesses.

Contracts for the 16 mile long Thames Tideway Tunnel, London’s super sewer are about to be signed off. It will run from the west to the east through the centre of London, mostly under the river Thames. It’s one of the largest infrastructure projects in Europe.

Thames Water customers will pay an extra £80 a year surcharge in perpetuity.

The government and Thames Water say London needs it because population growth and climate change have overwhelmed its 150 year old sewers. After storms and heavy rain, excess water overloads the system and combined untreated and semi-treated sewage and rainwater discharges into the river and streets.

Professor Charles Binnie who chaired the Thames Water and government team that recommended the project a decade ago, says “technology has moved on,” and smaller improvements and green infrastructure alternatives such as SUDS and green roofs on buildings would work just as well in stopping rainwater from overwhelming the sewage system.

What affects London today, will affect the rest of us tomorrow. We’ve paved over much of our urban landscape and reduced natural drainage where rain can drain in a controlled and sustainable way.

We need to change how we build and manage water in new and existing buildings and we need more integrated drainage at every stage to cope with more storms and increased rainfall.

From rain to drain, we need simpler solutions, joined up thinking and support for all levels of the supply chain – merchants, specifiers, property managers and builders – to avoid spending well over the odds, like London’s super sewer, because we’ve run out of time and options.