Crossrail only has 80% chance of hitting new budget, report says

There is a 20% risk that Crossrail will bust its newly approved £17.6bn budget, an independent review of the project by KPMG has found.

In December it was announced that KPMG’s review had found that between £1.6bn and £2bn was needed to complete work on the project. 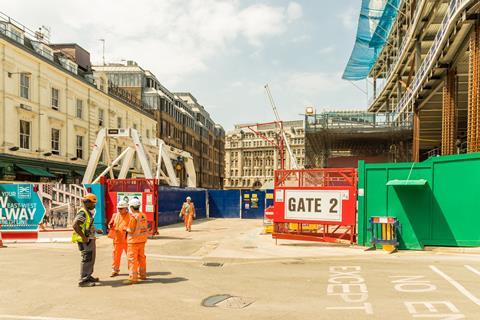 A view of the Crossrail construction site at Liverpool street station

But the report, which was commissioned by the project’s joint sponsors Transport for London and the Department for Transport last September and published in full today (25 January), has now revealed that there is only an 80% likelihood that the project will be completed within the top end of that price range.

KPMG said that the 20% chance of a budget blow out would be increased if there was further timeline slippages.

The review said: “In the event the stage three [the central section of the line] opening date were to slip materially later than [date redacted] there is a significantly reduced likelihood that costs will be contained.”

RELATED: How the Crossrail delay has unfolded

RELATED: TfL unhappy with rate of progress on Crossrail tunnels

The review also revealed that the scheme is currently spending £30m a week as contractors race to finish.

KPMG said while software testing was the critical timeline to opening the railway, the main cost was the ongoing construction of infrastructure, particularly the fit-out of the late-running stations.

Earlier this month Crossrail chief executive Mark Wild revealed none of the stations would have been ready to open in December.

The review said: “Demobilisation of main contractor and supply chain resources must be achieved to reduce significantly the current expenditure rate of approaching £30m per week.

“Dates for contractor demobilisation are identified as key dates in the RAP [remedial action plan] but are not contractual requirements.”

It said that achievable progress by contractors and their supply chains in completing the key activities “remains a key uncertainty” when forecasting actual construction costs.