Can the UK find new ways of caring for the elderly, and evolve its nursing homes into places where people don’t ‘go to die’? 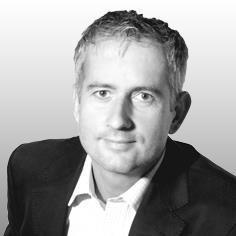 Earlier this month Simon Stevens, chief executive of NHS England said he will be “disappointed” if nursing homes still exist in 50 years’ time and likened the concept of care homes to TB beds, where patients were consigned on wards to be treated with the deadly disease. In 1987, legislation in Denmark more or less put a stop to the construction of conventional nursing homes for older people in that country and encouraged the development of independent specialised housing as well as home care services.

I totally support Mr Stevens’ comment that we need to think about new ways of supporting people at home, but in the UK, to facilitate this level of support, social service and healthcare practices will have to evolve to directly protect and enhance the quality of life of the senior citizen. In countries with advanced care policies for the elderly, such as Denmark and Japan, day-care centres are offered as options for those who do not wish to move permanently. Transportation to and from the day-care centre is arranged with option of using nursing homes for a shorter period, to provide a respite for the family.

While massive public sector investment programmes in healthcare estates may have ended, there are huge opportunities for optimising our existing assets through space utilisation, rationalisation of estates and attracting inward investment to create revenue-earning schemes.

While massive public sector investment programmes in healthcare estates may have ended, there are huge opportunities for optimising our existing assets through space utilisation, rationalisation of estates and attracting inward investment to create revenue-earning schemes

UK government statistics recently recorded that one quarter of all Britain’s hospital beds were occupied by dementia sufferers admitted as emergency cases and a 2012 report by Oxford University estimated the cost of care at £34bn a year, one of the highest expenditures in Europe. Mr Stevens is optimistic that in 50 years’ time we will have a world where there is very little in the way of Alzheimer’s due to huge research efforts internationally. A research team has discovered the first chemical that could stop the death of brain tissue and fight the distressing neurodegenerative disease. In the meantime, there are inspirational examples of care home provision for dementia sufferers.

The Grove Care home in Bristol has recreated a fifties street and shops for its residents. Grove Care has built the street on land between two homes it runs, Blossom Fields and The Grove, caring for 80 residents in Winterbourne, Bristol. The project is a way to help elderly and dementia sufferers remember the past, prompt conversation with visitors and care staff and provide a place where residents can go out safely, browse the shop windows or even go to sit in the pub.

These new kind of pioneering care facilities originated in Holland over 20 years ago amid controversy and strong opposition from critics who questioned the wisdom of allowing dementia patients to live without locks in their own homes. Yvonne van Amerongen, one of the six founders of Hogewey explains that the new concept came about after questioning the traditional care home concept: “This isn’t how I’d like to spend my last days, how I’d wish my father to spend his last days. So we asked the question: ‘How would we want to live?’”. The result was a “village” with several lifestyle options, dubbed a ‘Truman Show’ for dementia patients. The doctors’ and carers’ job is to make the fake world as real as  possible.

Patients who had been severely introverted/angry, highly dependent and on heavy medication, now seem alert, engaged, happy after moving to Hogewey as residents. They go about their business in the “village”, shopping, going to the pub or the hairdresser. There are no locks, discreet 24-hour audio and visual surveillance prevents them from coming to harm and the only way out of the alternate reality is a locked door under constant surveillance.

The average cost in England is £750 per week for a nursing home, according to a Laing & Buisson market survey with Dementia Care often exceeding £1000 a week. The cost per resident of Hogewey’s radically different approach to dementia care costs £5,000 a month, paid directly to Hogewey by the Dutch public health insurance scheme, to which every Dutch taxpayer contributes through their social security deductions. Unsurprisingly there is a long waiting list for this publicly funded scheme which takes only patients with the most serious dementia.

This ambitious experiment treatment is inspiring governments globally. It’s difficult to measure happiness but the staff at Hogewey think their residents are more content on a day-to-day basis: residents take fewer medications, eat better and live longer. While it is true that the patients at Hogewey are residents there until they die, it is an inspiration and reminder that care homes don’t have to be places where people “go to die”, but caring environments where people are assisted with living.