What's the future of nuclear decommissioning?

Last week’s devastating National Audit Office report on decommissioning facilities at Sellafield has led many to question whether the UK has the skills needed to deal with nuclear waste. But does the problem really lie with a Nuclear Decommissioning Authority overly occupied with cutting costs? Will Hurst investigates 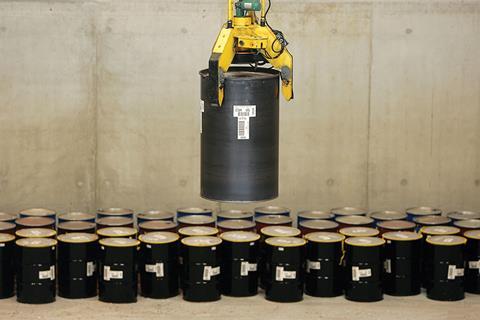 Are British construction firms up to the job of building the precision facilities needed at the country’s largest and most hazardous nuclear site? That was the question hanging in the air this week after the release of a damning report on the nuclear decommissioning operation at Sellafield by spending watchdog the National Audit Office.

The report, published last week, said that “gaps in the capability of subcontractors to undertake work to the standards required for nuclear installations” had contributed to delays and up to £1bn of cost overruns at the site, which is controlled by Sellafield Ltd, a consortium comprising contractor Amec, engineer URS and French nuclear firm Areva.

It said that the portfolio of 14 major projects at Sellafield has not provided good value for money to date and pointed in particular to problems on Evaporator D, a £400m facility intended to reduce the volume of highly active “liquor” created by reprocessing spent nuclear fuel. On this project, poor welding by contractor Costain’s subcontractors led to delays, which contributed £50m towards a cost increase of £244m for the project, according to the report.

With overall client the Nuclear Decommissioning Authority (NDA) due to spend a total of £37bn on cleaning up and decommissioning work at Sellafield alone, this area of the nuclear industry is clearly a huge opportunity for construction firms. But do they need to tackle a deficiency in their skills set or does the fault lie, as many claim, with an inadequate procurement system and a client that prioritises short-term cost savings over long-term value?

The author of the NAO report, Jill Goldsmith, told Building that engineering work at Sellafield is “clearly very complicated and “not the sort of thing that any old industry can master”. But talk to figures in the nuclear sector about skills capability and it rapidly becomes clear that there is a divide between those who believe there is a problem and those convinced that none exists.

Training bodies are in no doubt that there is a skills issue to be tackled across nuclear new build and decommissioning. David Edwards, Chief executive of the Engineering Construction Industry Training Board (ECITB), says the ageing workforce across the nuclear industry is one of the key challenges.

He says there is a “general skills shortage” which affects decommissioning and says high-integrity welding is a particular area which needs improvement.
Although decommissioning work has never gone away, the argument is that the quarter of a century hiatus in building new reactors has sapped the level of new talent entering the sector as a whole. “Most of the work over the past decade has been in repair and maintenance […] something like 80%,” he says. “That is not the same as building a new refinery, for example. There have been peaks in work but these have been smaller than in the past and that has skewed the age profile further. The bottom line is that there needs to be more people flowing into the industry.”

To address this, the ECITB - which works across the oil and gas, refining and chemical and conventional power sectors as well as nuclear - now supports 700-750 apprentice starts a year compared with a level of around 150 a decade ago. Other initiatives in the pipeline include a report by skills council Cogent on the nuclear workforce needed based on different scenarios about the sector’s future size, which is due out before the end of the year.

However, many in the industry itself reject the idea that a skills gap is to blame for problems at Sellafield, and claim it is the overall client, the NDA, which needs to get its house in order.

Paul Stapleton, head of energy at consultant EC Harris, agrees there is an ageing demographic to contend with but says the NDA pursues a “simplistic” procurement approach which does not incentivise firms to provide their best people and capabilities.

EC Harris is part of a joint venture providing project control services to Sellafield Ltd and is also commercial services provider to Magnox, which operates and manages 10 nuclear sites in the country. “Sellafield won’t benefit from the best people because they won’t pay for it,” he says. “Procurement is very much done on a lowest cost rather than a best-value basis. It’s a simplistic approach to the supply chain.”

Other critics say that the NDA needs to learn the lessons of major programmes like Crossrail and the Olympics and give firms greater confidence that large packages of work will not be withdrawn or put on hold. While the NDA’s four-year budget has been set by the government, the NDA itself funds projects on an annual basis, which leads to fears projects may be stopped if funding runs out at the end of a year.

Alistair Smith, chairman of the Institution of Mechanical Engineers’ power division, complains that key projects at Sellafield such as the £1.3bn silos direct encapsulation plant have “stopped and started” a number of times since inception and says that this annualised funding of major projects is a key cause of uncertainty. He says this uncertainty is to blame for any skills problem at sites like Sellafield and can even be traced to specific issues like the training of welders. “I don’t think many people in the industry think there is a skills shortage,” he says. “But where there is uncertainty, you don’t want to spend money training people up.”

The NDA denies this is a problem. Asked to comment on the complaints over funding confidence, the head of stakeholder relations at the NDA says. “We have a responsibility to drive down the cost to the taxpayer and, perhaps, that squeeze is hurting people,” says Bill Hamilton, NDA head of stakeholder relations. “But I think innovative companies will find great success in this environment.”

Hamilton is certainly bullish. But it is also true that the NDA and Sellafield Ltd are working on a plan to improve procurement including building up the supply chain to better meet the needs of the site.

From the industry’s point of view, it is an effort which cannot come too soon.

WHAT DID THE NAO SAY?

The NAO report was a caustic assessment of the ability of the Nuclear Decommissioning Authority (NDA) and the client it appointed, Sellafield Ltd, to manage the decommissioning work at the 70-year old nuclear site. The report found: