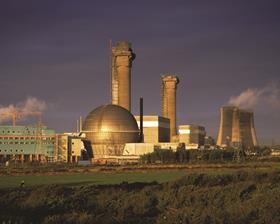 UK contractors’ lack of nuclear decommissioning skills are causing delays and contributing to up to £1bn of cost overruns at Sellafield, a report by the public spending watchdog has found.

The National Audit Office (NAO) report into the value for money that the government has been getting from the decommissioning operation at the Sellafield nuclear site said there had been “underperformance” on major projects at the site.

“The portfolio of 14 major projects at Sellafield has so far not provided good value for money, with significant lifetime cost increases and delays of between two and 19 months during 2011-12,” the report said.

The report estimated cost overruns totalled between £652m and £1.04bn on the site’s major projects.

The site is controlled by Sellafield Ltd, which is owned by a consortia comprising contractor Amec, engineer URS and French nuclear firm Areva.

It said there were gaps in the skills of subcontractors to carry out the work on the site. It highlighted work on decommissioning evaporator D, where poor welding by contractor Costain’s subcontractors led to delays, which contributed £50m to a cost increase of £244m for the project. The project is now 19 months behind schedule.

Jill Goldsmith, author of the report, said: “It’s clearly very complicated engineering work and not the sort of thing that any old industry can master. It’s very important that Sellafield Ltd give careful thought to those issues when they appoint people.”

The report also found that construction on some projects had begun before design risks had been addressed. It found that 12 of the 14 major projects at the site had delivered less than planned between May 2011 and March 2012 with five overrunning their budgeted costs.

The biggest cost overrun has been on the silos direct encapsulation plant (SDP) project, which is £612m over budget, the report said.

Sellafield Ltd is currently retendering the contract for the job after undertaking a review of the design, construction and cost of the project to deliver better value for money, with Sellafield considering letting it on a target cost contract which would see the contractor take a greater proportion of the risk for overruns.

The report also found that construction proceeding before design risks were addressed; weaknesses in cost and schedule estimation by Sellafield Ltd and weak project reporting all contributed to the cost overruns on major projects.

The NAO recommended Sellafield Ltd alter future contracts to try and transfer a great proportion of the risk of overruns on projects to the contractors undertaking them.

Plus, it said it should look to renegotiate its contract with the consortia which owns Sellafield Ltd, when its contract is up for renewal in 2014, to better incentivise good performance.

A spokesperson for Sellafield Ltd said the firm had recognised the problems identified in the report. He added: “We have already taken steps to strengthen our approach, both in terms of how we manage projects as a whole and how we develop better, more beneficial relationships with the supply chain.”