Where next for BIM? 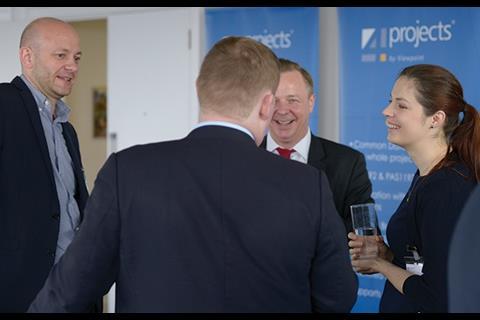 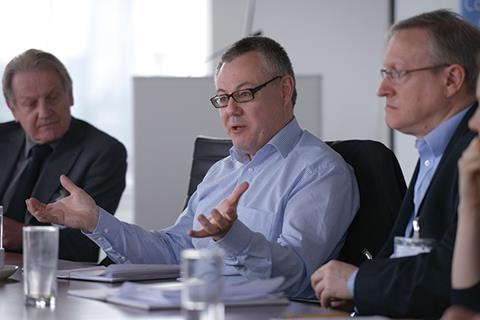 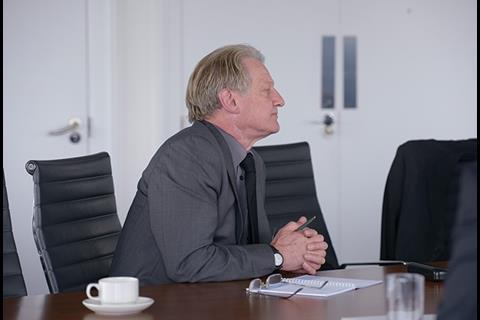 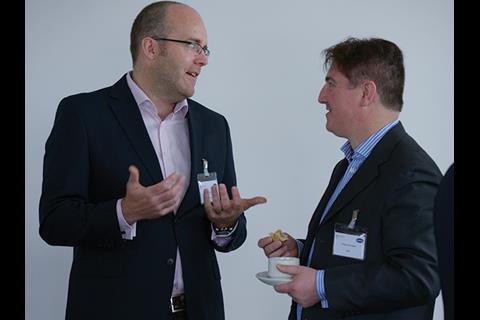 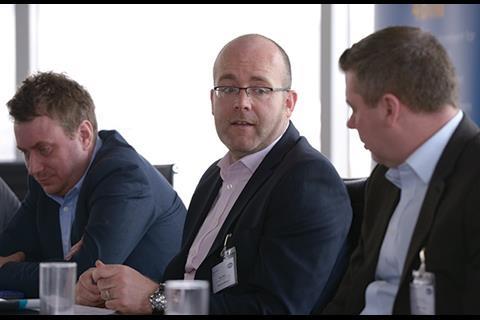 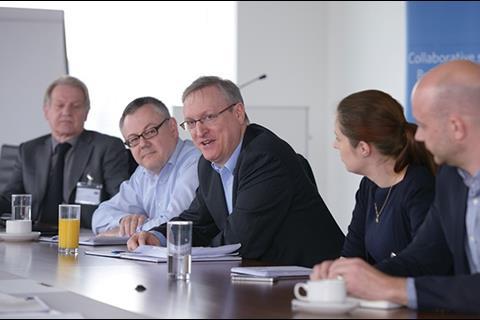 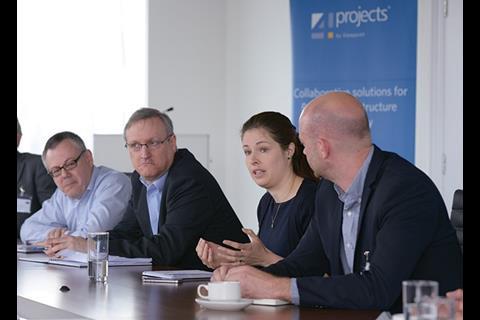 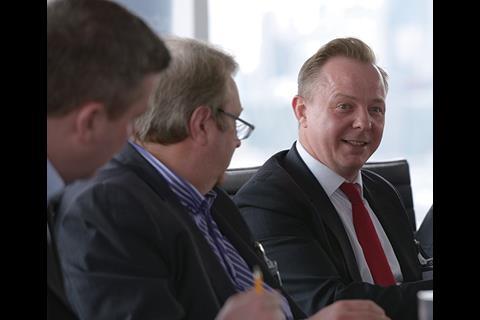 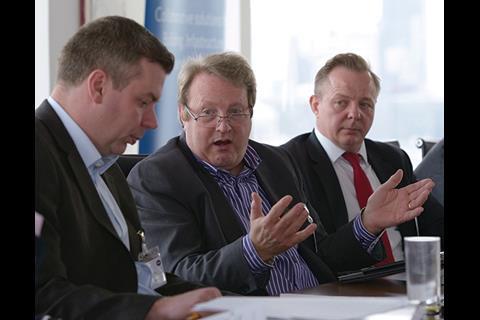 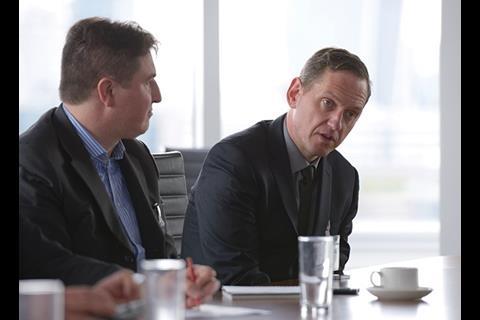 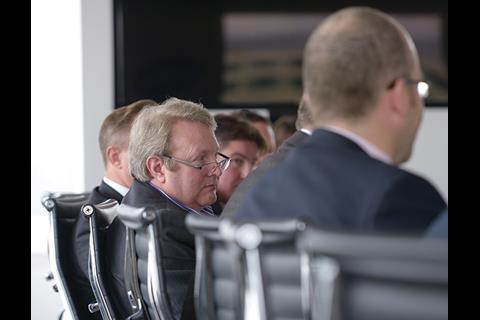 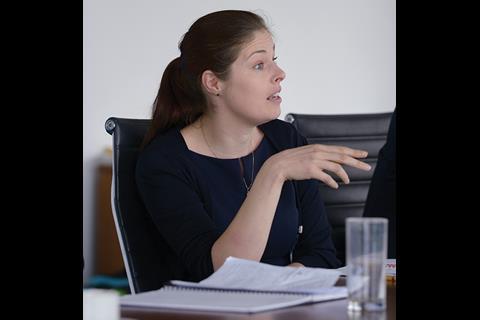 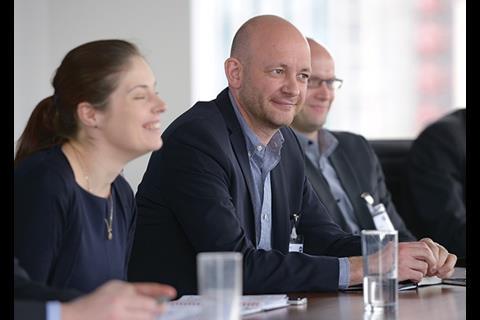 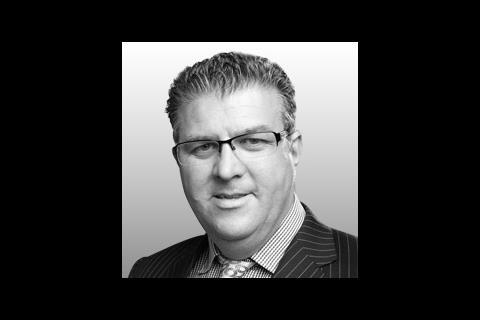 With the BIM revolution set to enter a new phase, a panel of experts discuss the challenges facing the industry if it is going to get the most out of the groundbreaking technology. Iain Withers reports

It’s just a little over 18 months until the government’s much-publicised 2016 deadline for all public projects to be delivered using BIM level two. It’s a good time, then, to take the temperature of the industry. How are firms getting on with BIM adoption? What challenges are they facing? How do experts in the field expect the BIM industry to develop up to 2016 and beyond?

Construction technology firm 4Projects by Viewpoint - which has built a toolset to help firms deliver BIM - assembled a panel of BIM experts to answer these questions and more. Clients Grosvenor and Transport for London, contractors Balfour Beatty, Mace, Sir Robert McAlpine, Skanska and Vinci Construction UK, architect Stride Treglown and consultants Arup and Tata Consultancy Services were all represented. Here’s an account of what happened.

The discussion about the challenges of BIM adoption was split into three parts, mirroring the stages of the development lifecycle: pre-construction, construction and asset management.

At the pre-construction stage, by far and away the most commonly cited challenge was a lack of information provided by clients as to what they required from the BIM process. In theory clients should publish an “employer’s information requirements” (EIR) document with appointment or tender documents setting out their BIM requirements, but the contractors around the table said they received them on a “small percentage”, 1% or on no BIM projects at all.

Peter Trebilcock, design and BIM programme director at Balfour Beatty, agreed that scant or non-existent EIRs are a problem. “The level of BIM you use is as modest or as detailed as the project team wants to make it.”

Robert Sargent, director at architect Stride Treglown, made a plea for another piece of client information that would help project teams to design better BIM projects. “I’d like to see clients provide an operations budget as well as a capital budget,” he said. “How much have they got to spend to maintain the building? This is the sort of information that makes for more intelligent design.”

Other pre-construction challenges cited included ensuring early contractor involvement, a lack of collaborative forms of contracts, firms not seeing a return on investment (ROI) from BIM, training the next generation of BIM experts and data interoperability. The contractor panellists called for their firms to have earlier involvement in the building design to bring their practical know-how to bear on the BIM model design, perhaps facilitated by a design-and-build contract, where the contractor leads the project team.

Andy Jackson, BIM project manager at Skanska, suggested the facilities management contractor should also have earlier input in the design. “You design a building to be efficient in operation, but then it is often six months before a facilities management provider - who will actually be responsible for managing the building efficiently in operation - is appointed. It’s less than ideal,” he said.

During the construction stage, the main challenges that panellists cited included creating a more open, collaborative approach and ensuring that BIM skills were evident across the supply chain.

Sargent, who has responsibility for BIM implementation on the Stride Treglown board, said the “first port of call is not necessarily software training” when it comes to preparing staff for using BIM. “It’s psychology, how to run a room.”

Stride Treglown has obtained a grant from the Higher Education Funding Council for England to fund research into “the psychology of a project team” to aid BIM adoption. “However much effort you put in though, there’s always one on the team that just wants to do drawings,” he admitted.

In terms of working with the supply chain, Paul Davis of Transport for London said the challenge was to “collect good consistent data sets from suppliers”. At the lower end of the supply chain, “a number of manufacturers have cottoned on to BIM,” according to Chris Witte, marketing director of Knauf Insulation and member of the BIM4Manufacturers forum.

Witte said BIM was a key board level priority for Knauf Insulation, but added that not all manufacturers were on board. “Current attitudes range from denial and cynicism at one end to enlightenment at the other, with manufacturers dotted along the scale.”

At the asset management stage, panellists said the challenge was to ensure that BIM project information aids facilities managers in operating buildings efficiently. The government’s prescribed format for handing over BIM data to clients is Construction Operations Building Information Exchange (COBie) but several panellists said the format was overly complicated. “I find a lot of clients are turned off by COBie,” said Trebilcock. “They’re not interested, they just want you to plug the information in to their existing facilities management system.”

Sargent agreed that “COBie is a bit of a waste of time” and clients “actually just want a fifth of the full COBie data”. Daniel Holbrook of Grosvenor summed it up: “COBie is long division.”

Ultimately the panellists said information gleaned from a building’s performance in operation should ideally feed back into the design process for future projects.

The panellists were asked how they see BIM developing over the next three to five years and there was a wide variety of opinions expressed.

“I’d like to think we’ll have slicker processes and widely accepted nomenclature, classification and systems,” Trebilcock said, “as well as a common understanding of what you do with them.”

In a similar vein, Stephens stressed that pulling together “data standards” and a “data dictionary” must be a priority.

Witte raised the issue of aligning the UK’s BIM industry with emerging BIM technology and standards overseas, in countries including the US and Australia. “We need to have that debate,” he said.

Rebecca Hodgson-Jones, head of BIM at Sir Robert McAlpine, was sceptical over whether the UK will have solved the standards issue within five years. “I think we will still be talking about emerging data standards in five years,” she said. Her hope is that within that period the industry “will start to learn lessons from the big major projects coming through that are embracing BIM - such as High Speed 2” and that firms will be inviting “more input from generation Z, who understand the [BIM] technology better”.

Davis’ aspiration for the industry was to put “more collaborative contracts in place”. He also echoed other panellists in saying he expected firms to be “bringing in the next generation”. Sargent agreed he wanted to see BIM “involving more young people, as it suits their thought patterns better.” His other big hope is unlikely to come to pass, he suspects: “I’d love it to be less complicated, but in reality it will go the other way.”

Sargent wasn’t alone in his plea for BIM to be demystified. “I hope we won’t concentrate so much on BIM, but on delivering buildings,” said Casey Rutland, associate director at Arup. “BIM should be the norm for people wanting to build buildings as well as they can.”

Jackson put it most succinctly, ending the session with a fitting call to action: “Let’s just do it and stop arguing about it.” 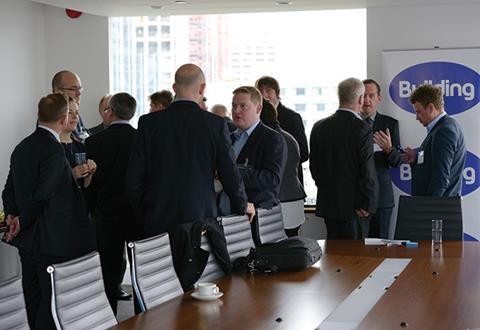 For further information on 4Projects by Viewpoint, contact info@4projects.com or 0845 330 9007, or visit www.4projects.com.