5 minutes with … Nicola Jones at Gleeds 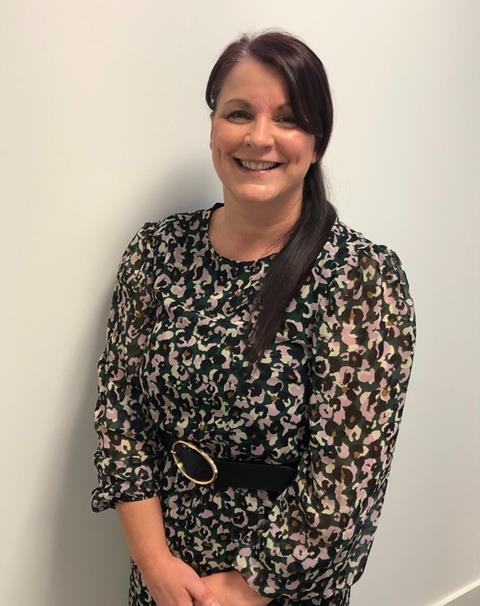 All projects bring their unique challenges but my biggest to date was working on the high consequence infectious diseases (HCID) unit at the University Hospital of Wales at the start of the Coronavirus outbreak in March 2020.

I was given three months to design and construct a ten-bed modular ward on stilts. Once completed I moved onto the covid-19 wards for the same University Health Board.

Its reputation, particularly the wellbeing of its people and the long hours/stress culture that sometimes pushes people to addictions or suicide. I understand that around 25% of the workforce have thought at least once about ending their lives… This is now being addressed my many – but not all – construction companies.

I must add another thing too: equality in pay. Irrespective of gender one should be paid the same for undertaking the same responsibilities, or performing equally.

This should be differentiated using a grading system according to job position, and whether an individual has additional qualifications. This is also now being addressed, albeit slowly. As long as it keeps moving forward, that is a positive.

I would say the industry chose me. My father was an electrician within the manufacturing industry and I had an interest in electrical design in my late teens, but I fell into construction through redundancy (I was made redundant because they closed the plant I was working in in the late 80s, much like so many other manufacturing plants at this time downsizing or closing for good).

It turned out to be a lucky break. I was fortunate enough to work with some great guys who showed me the ropes and encouraged me to plough forward and learn more. I eventually joined Gleeds over 10 years ago where, again, I was lucky enough to have great mentors who encouraged me to develop and add to my skill-set. Being female has never been a barrier.

I have had another career too. I retired from athletics at 28 when I was diagnosed with Crohns disease. I did also take a short time off after having my second son. I’m a little bit of an oddity actually. I was born with Spina Bifida but underwent operations as a very young child that allowed me to live my life without a wheel chair.

Actually the hospitals I spent most of my early months in are ones I currently work at, so I am giving back – or at least that’s the way I look at it. So, having won numerous medals nationally and internationally I believe I have had a blessed life, although I worked hard to achieve this.

I am proud of everything I do but among the best was completion of the Noah‘s Arc Childrens Hospital, which won a number of awards. It was the first children’s hospital in Wales and, as a mother of three, pulled at my heart strings. I knew how crucial this facility would be for so many.

Be honest and always follow through with promised actions. Be accountable. If you don’t have the information then and there, say you will get it and then do so! This will earn great respect. I believe I have been accountable for my actions throughout my career. 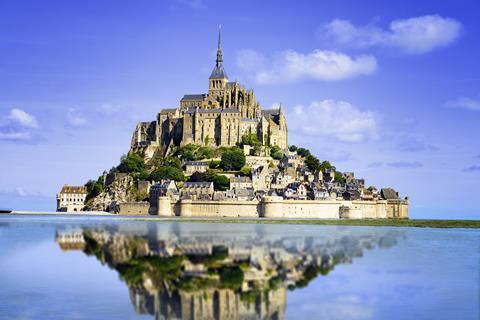 Le Mont Saint Michel in Normandy – what a fabulous structure and feat of engineering!

Grab opportunities with both hands and share knowledge with others - they will reciprocate.

Since my family and I are history buffs I have to say the Egyptians, having visited the pyramids of Giza and the Sphinx a number of times. They never cease to amaze me and, after all these years, people are still trying to work out how they built them. Wow, what a marvel! 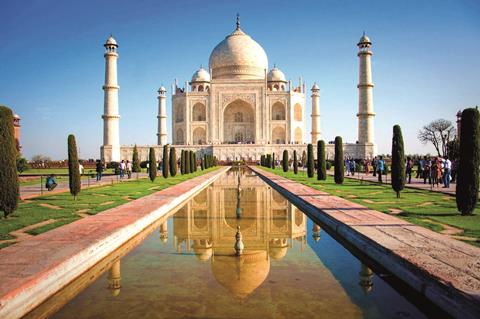 The Taj Mahal in Agra, India

The Taj Mahal, I have never been there, but the romance of the building and the symmetry… just lovely.

The Guggenheim in New York – I just don’t get it.

Busy, I always have to find something to do. I have always been described as a bundle of energy.

I am dependable both in my personal and professional life… and I like to smile.

I wish I were not such a perfectionist and internally competitive with myself. I think this stems from my years as an athlete, although you may not believe that now.

In others, laziness. Stop putting things off until tomorrow that you have time to do today.

Not really, I just treat others like I wish to be treated – not sure if that is a philosophy.

Walking – I live in beautiful Wales, so who wouldn‘t?

Singing – I used to sing a lot in my younger days.

Collecting glasses – it’s an odd obsession my friends laugh about. The glasses are for display, although they have to be useable to drink beverages of all kinds. I like to have the right drink in the right glass – it should be an experience.

For someone quite small, and as a former gymnast and athlete, I am freakishly strong. I competed for Wales (junior and senior) in sprinting, relay, long jump and triple jump and for Great Britain (as a junior) in long jump and relay.

I received my first Welsh national vest in athletics at the age of 10. At this time I was also part of the Welsh junior gymnastics team. I was also lucky enough to captain both the Welsh junior and senior teams on numerous occasions and made many friends throughout the UK and the world during this time.

I come from a background of sport-loving athletes: my grandfather ran, my father played rugby and my sister is an Olympian (Sallyanne Short, competed in the 4x100m in Seoul in 1988).

A photo of my nan and grancha (Welsh for grandfather) on their engagement. I only have the one photo of them together and it has pride of place in my dining room.

Early bird – always have been. I love the summer mornings, especially the bird song. Why stay in bed and miss that?

Slowing down time, so I could just stop and take a moment to savour the experience, saving it to my memory bank for the future.