A manifesto for construction

Our Agenda 15 campaign aims to influence the next government by telling politicians what construction needs to thrive. Here, we explain the manifesto aims and how you can support them 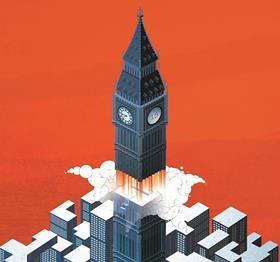 One year ago Building began a consultation to draw up a policy blueprint for our industry that we could take to the UK’s political parties in advance of this year’s May election. Our aim was, in partnership with the sector, to create a manifesto for construction; a document containing the measures the industry as a whole felt would best enable it to grow to meet the needs of the UK economy over the next five years and beyond. Today, after 12 months of talking and listening, we are publishing the outcome of that consultation and all those conversations.

It goes almost without saying that this is a vitally important year for the industry. Eighteen months of output growth show a sector getting back on its feet but not yet able to shake off the lingering problems created by the longest and deepest recession most in the industry have ever known. With signs that housing market growth may be easing in advance of a poll which is harder to predict than any since the seventies, the election is assuming ever greater importance. The right policies, and industry growth will likely continue, and reform of the way the industry works can proceed; the wrong policies and the sector could still crash back into difficulty.

Speeches and press conferences by Labour leader Ed Miliband, Liberal leader Nick Clegg and the Tory front bench team this week made clear - for avoidance of any doubt - the election campaign can be considered well and truly under way. With fears that certain election results may pave the way for an exit from the EU, and with major decisions, such as that over airport capacity, waiting to be made, this is the moment for the industry to make its case to politicians of all stripes.

It is undoubtedly primarily for the industry itself to drive reform and improvement in the way that it works - in profitability, delivery of projects and sustainability itself. But it is the government that sets the framework within which the industry operates. Our manifesto says that to help the industry - and thereby the UK - to be successful, a new government should adopt policies for construction that achieve three fundamental things:

To be useful, these three key requirements need to be embedded in the heart of government thinking. They need to be reiterated regularly and publicly at all tiers of government, not buried in policy papers read by few outside the Westminster village. The prime minister and chancellor need to be four square behind these aims, and publicly so.

But of course these broad aims mean little without specific policies to enact them. After extensive consultation, Building’s manifesto for construction - Agenda 15 - includes a series of separate policy recommendations across six separate areas. This detailed blueprint, which will be published in full online shortly, can be distilled into the eight top line recommendations displayed below.

These recommendations are designed to aid construction across the breadth of the industry. The manifesto takes as a starting point the idea that investment in economic infrastructure is an investment in future economic growth, and that construction in general has a beneficial impact on the economy - with almost three pounds of return generated to the UK for every £1 invested. It also takes as a starting point that growth in sustainable construction is desirable, both because it will be vital to achieve the UK’s climate change targets, and because it will be an investment that the UK can sell overseas in years to come. Below we explain in detail how the recommendations in the manifesto would help.

The one thing the whole of the industry can agree on is the need for any incoming government to tackle the problem of certainty around the long-term infrastructure needs of the UK. The lack of political consensus around major infrastructure projects, allied with the opaque way in which professional technical advice is used in forming policy, has created a crisis of confidence in many parts of the UK’s infrastructure construction pipeline. Sir John Armitt, commissioned by Labour, has proposed one solution to this problem, through the setting up of an independent National Infrastructure Commission which would make recommendations to government about the long-term infrastructure priorities of the UK which would be enacted into law. Building’s manifesto proposes (as also suggested by the ICE) that some form of independent infrastructure body, either in the form proposed by Armitt, or building upon existing structures, be set up to provide the certainty the industry requires to plan effectively. In addition a minister should be appointed, sitting in Cabinet, to oversee progress on setting up the body and implementing its recommendations.

There is an industry and wider national consensus over the requirement for more homes to help people in housing need and to aid the the economy. But, despite this, the construction of homes is not identified by the current government as a national infrastructure priority. Our manifesto seeks to rectify this with a comprehensive plan, building on the success that Help to Buy has had in beginning to stimulate private housebuilding. It calls for a stretching but achievable target of about 200,000 homes to be built in the UK each year, and - more importantly - the formulation of a credible implementation plan to meet it. There should be the expectation that policy and funding be flexed as necessary to meet the target achieved, if it looks likely the target will be missed. Determining the exact target should be included in the remit of the independent infrastructure body, and thereby progress against it should come under the responsibility of the infrastructure minister in Cabinet. This implementation plan should also include a beefed-up programme to support the creation of Garden Cities or significant new settlements and urban extensions. Those above 5,000 homes should come under the auspices of the National Infrastructure Planning regime run by the Planning Inspectorate and should also be specifically considered as part of the infrastructure body’s remit. Increasing housebuilding to this extent will require a beefed-up programme of investment in social housing (see public spending section), and the borrowing cap on local authorities to invest in social housing should be increased by £1bn.

Respondents to our Agenda 15 consultation identified the need to significantly upgrade the existing stock of commercial and domestic buildings in order to meet higher environmental standards. Despite the requirements of the 2008 Climate Change Act, the coalition’s initiatives in this area, such as the Green Deal, haven’t amounted to a comprehensive strategy to address this challenge. Therefore our manifesto proposes also making green retrofit a National Infrastructure priority (in the same way that high-speed broadband is), with assessment of the need determined by the independent infrastructure body, and responsibility again flowing to the infrastructure minister sitting in Cabinet. This identification of retrofit as a clear priority must be backed by a target, such as the UK Green Building Council’s proposal of retrofitting one million homes per year by 2020, and a genuine programme and implementation plan to get there. This will likely require additional funding (see public spending section). The government should consult on introducing differential rates of Stamp Duty depending on how energy efficient a home is in order to pay for this.

Our consultation highlighted again the huge challenge posed by the lack of the required skills in a construction industry seemingly so subject to cycles of boom and bust. The industry lost 35,000 skilled workers in the recession, and the number of construction apprenticeships fell sharply as workflow reduced. Meanwhile, widespread dissatisfaction persists over the administration of the industry levy which funds trade skills training. Our manifesto aim to address these problems, calling on government to firstly confirm the retention of the levy and complete its review of the CITB, and then introduce a requirement on public sector projects above the £4m OJEU threshold that contractors must provide appropriate training and/or apprenticeship places. The government should also work with the Department for Education to make sure that school age pupils receive informed and timely careers advice on working in construction, with a particular emphasis on this reaching groups under-represented in construction such as women and ethnic minorities.

A number of consultees called for greater certainty over government capital spending. The coalition has sought to address this issue by the publication of the government’s construction pipeline, hosted on the Building’s website building.co.uk. However, concerns remain over the detail contained in it and the reliability of timescales for projects held on the pipeline. Calling for additional spending or spending certainty, however, is made problematic by the reality of the UK’s still challenged fiscal position. However, the industry must convince politicians of the proposition that spending on construction is an investment in future economic growth and competitiveness, whether that is funded by borrowing, taxation or spending cuts in other areas. Therefore Building’s manifesto calls for additional public investment in construction in four areas (two already mentioned): social housing, retrofit, school-building and maintenance of the health estate.

The coalition government deserves credit for gaining the credibility from international money markets behind its broad economic plan. This has kept interest rates low, ultimately helping to stimulate economic recovery, albeit far later than originally predicted. In the same way it is important that any incoming administration maintains economic and fiscal disciplines in a way that retains the credibility of the City, in order that the wider private sector recovery is not jeopardised. Much heralded plans for further devolution in the wake of the Scottish referendum are to be welcomed, and the Agenda 15 manifesto proposes consideration of devolving greater tax raising and spending powers to competent local authorities, something that could allow local authorities to borrow to fund development against future tax receipts. Possibly the biggest political issue affecting the economy in the next term - worth up to 5% of the UK’s GDP, according to the CBI - is the continued membership of the EU. Our manifesto proposes that whatever government is elected commits to campaign strongly in favour of the UK remaining inside the EU in any referendum.

The publication of our manifesto comes after a year of effort to gather the views of the industry on what the next government needs to do to help make the industry as successful - and as world-beating - as it can be. In January last year we kicked the process off by asking our readers to answer six questions designed to get to the heart of their concerns over current government policy. A raft of industry bodies, firms and individuals gave us their input, with particular thanks due to the RICS, the Federation of Master Builders and the Edge group of architects in taking the time to provide very detailed responses.

Agenda 15: What you can do now

Please register your support for our manifesto. The more supporters we have, the greater influence we can wield with politicians from all parties. To register your support, click here. To tweet your support use #agenda15. Or you can email your constituency MP with the link to our manifesto (it isn’t behind the paywall), cc’ing Building’s editor at sarah.richardson@ubm.com. To find your own MP’s email address, go here http://www.parliament.uk/mps-lords-and-offices/mps/

The Agenda 15 manifesto is available here.