Arup Q&A: Digital technology and dealing with a pandemic

When the country went into lockdown in March, businesses had to react quickly to move their work online.

Robert Greig, chief information officer at Arup, explained how business was forced to adapt digitally - and how that will change the way firms work in future. 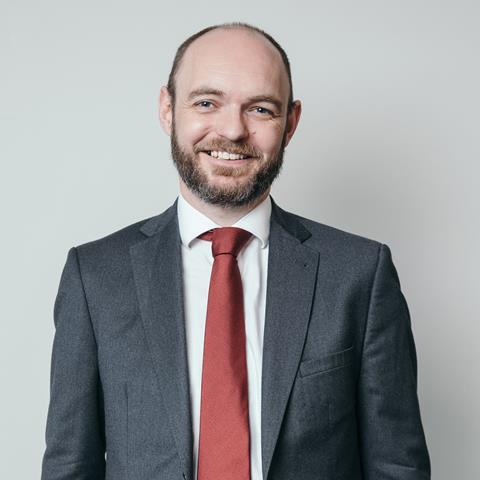 Rob Greig is the chief information officer at Arup

He told Jordan Marshall how the coronavirus pandemic has propelled digital transformation across businesses and the sector as a whole.

Jordan Marshall (JM): I understand that coronavirus has really accelerated the rollout of Arup’s digital programme and digital offering. Could tell me a bit about that.

Rob Greig (RG): When there is some sort of tragedy in the world – and this is no doubt a tragedy, both economically and people’s lives – I think there are often positive things that come out of it. In this situtation one of those is likely to be the impact on business and in particular digital transformation efforts. We have seen this with other organisations across the whole sector, that there has been massive acceleration.

When lockdown happened, obviously we had been preparing for it. We had been going through a business continuity process, just as you would expect any organisation to do. But I decided that we would move the whole organisation to Microsoft Teams, which we’re on now, on the Thursday. We went live with 16,200 people on Teams on the following Tuesday.

I know that others in other organisations have done similar things with other technologies as well. So I’m by no way claiming that we were unique in that regard, but it certainly was a very motivating experience to be at the centre of that and actually delivering at pace and scale.

We were one of those partners, we were able to continue to support our clients. I think that was probably the most critical thing of all. There were some other things which were more difficult…

JM: Can you tell me about that? What were the more difficult tools to implement?

RG: We did Teams first and then we decided that, in order to relieve pressure on our traditional technology infrastructure, we would also accelerate our migration of email to the cloud and we have been migrating 1,000 mailboxes a week.

We were going to do 50 a day - that was the original plan. But because email is something you migrate and you are not starting from scratch - you are not deploying a new tool, you are migrating from one tool to another – everybody has lots of legacy archive email and all these kinds of things. You find that is more tricky and things go wrong in the journey and there are bumps in the road. So it’s not smooth.

The other things we did was to include a very broad deployment of something called Windows virtual desktop, which is this kind of virtual computer in the cloud – and that has been highly successful. Our engineers use high-end computers. All the design work we do, whether it’s designing buildings or bridges or tunnels or whatever it is we’re working on, we are using high-end workstation machines, not a standard PC that has graphics cards.

It is more similar to the kind of spec of a high-end gaming computer. And so suddenly we found our entire organisation working from home and they have got their laptop, but that doesn’t really meet the specification required to run the types of engineering and design tools and installers and algorithms that we need to do the job. So we quickly deployed these virtual desktops, which basically have all of that graphics capacity.

I think it took a week to go from having never done it before to having these systems running. And the remarkable thing about it is, I remember deploying virtual desktop in 2014 and it really couldn’t do much more than the basic things that you and I might do – you know, write a letter on a computer. If you try to do anything technical and high-end – you know, high performance – it just couldn’t handle it. And so the timing of this pandemic, and technological capability we have now has made all the difference.

JM: So, if this had happened five years ago, do you think the sector would have been able to cope at all?

RG: If this had happened two years ago they would have struggled, extremely, there would have been issues. I think it would be extremely difficult for businesses in general, for the ones that have continued working today to continue to work in the manner they had.

What we’re talking about is the business disruption was minimised as a result of this. And we were able to very quickly move to a basically business-as-usual continued level of working without losing our effectiveness and efficiency. In fact, in some areas we have become more efficient, more effective.

There are some specific tools that are available now, particularly advances in cloud technologies, bandwidth, to the internet, the availability of broadband from home at the right level of performance, and also, some of the video conferencing tools, that make all the difference. If you take Skype, for example, Skype is really popular, lots of people have used it for years, in terms of personal Skype. But the way businesses have historically set up Skype is that that there has been on premise. So it has a limit to the number of users you can have working on it remotely.

Our limit was 4,000. So, on the Monday following the big shift to working from home, we hit a cap of 4,000 people being able to collaborate online at one time. So we needed something that could handle 20,000 … So that that move to Teams was critical. Even three to four years ago, Teams and Zoom and all these other tools that are available weren’t available. So I think we would have really struggled five years ago

JM: Has access to appropriate wifi been an issue?

RG: There are a lot of people who don’t realise this, because the production companies talk about bandwidth, but actually the key is what we call latency. You could have the biggest internet connection you want, but if the latency is very high, and that means the response time from your internet service provider and your computer then it doesn’t matter how much bandwidth you’ve got, you’re going to have a really poor experience.

And we have seen that the latency is pretty good in most places. Some people have struggled. But we’ve also found that we have been able to furnish people with those 4G dongles, and they’ve actually been sufficient for this kind of work.

JM: Do you think these are going to be lasting changes? Or are people going to want to go back to working how they were working before? Or a combination?

RG: We’re not going backwards. I think that we will go back to our offices. And of course, hopefully, one day we will be able to re-engage in the tactileness that human beings need to exist with each other. But I don’t think that, from a business perspective, we will go backwards.

The important point is that the whole sector has moved forward together. And we might have used different technologies. But one of the challenges that the sector has faced for a long time is one day another firm is our competitor but the next day they are joint venture partners on a major project. And in order for those joint venture partners to collaborate on a major building project together, the interfaces between them are really important.

Often, legacy technology has been the thing that has held back or created friction between those interfaces. The fact that we have all had to make this leap forward and shed some legacy and deal with some of that means that it seems to make sense to me that we would continue to work in that way, using these more 21st-century collaborative tools.

We won’t be taking anything out of the cloud that we put in the cloud, I think that the shift has happened. I was saying to Microsoft today, one of the challenges is going to be that a lot of what has happened in the last eight weeks has been migration. So people have been doing what we call lift and shift. So you lift the software or the system and you put it in the cloud. That’s not actually the way you are meant to do it.

You re meant to transform it as you take it there - so that it is better, cheaper, more suited to the environment that it’s in. So what we are going to find is actually, there’s going to be a lot of cleaning up after this. We’re going to have to go back into our clouds and turn them into things that are going to be sustainable in the long term.

JM: A lot of the software that engineers and the construction industry use is based around older technology. Do you think this situation might inspire some new software development to help support that continued modernisation?

RG: It puts a real challenge down to the core vendors within the sector who provide these services. I know they are working on these, but I think there’s going to be more demand on them now to come forward with what I would call true ubiquitous cloud platforms rather than trying to upgrade what they’ve gone to the cloud. I think that there is going to be a lot more demand for people going ‘Well, actually, we want open systems, ubiquitous systems that allow us to collaborate highly effectively. We know it can be done now. We want to see more of this from you.’

I think the other challenge has been the services that we offer to our clients. If you look at some of the things we do, like for example, inspection of infrastructure and buildings: how can we do that in a social distancing environment?

We were already doing work with drones and that sort of thing. And all of a sudden, what would have been a narrow case for using drones, and artificial intelligence for inspection, has now become the primary way of doing it, because we can do social distancing around those products and services.

JM: We have talked about the challenges, but now the sector will be much more digitally advanced than it was before, what opportunities does it present?

RG: There is an opportunity to keep moving forward. We know we can do it now. Everybody has. I think one of the challenges with digital transformation is users and stakeholders and clients seeing that it’s actually achievable and real and it and it can be done and business can continue and life can continue. And so we’ve proven that now that that has happened.

JM: Does this situation highlight that digital capability helps with business resilience in unexpected situations?

RG: It does – but it also opens up different opportunities as well. As soon as you start doing things in a digital way, you start to collect data; as soon as you’ve got data, then you can start to gain insights on what you’re actually doing and understand whether that is the best way.

An example would be that by moving to the cloud, we might be able to do analysis quicker. Therefore, does that mean we can do more analysis in the same time to find a better outcome for our client? It’s those kinds of things that we are now able to do.