Last week’s Autumn Statement trumpeted an extra £1.4bn for 40,000 affordable homes. But has the switch away from home ownership to support the rented sector set the government up to miss its own target? David Blackman reports 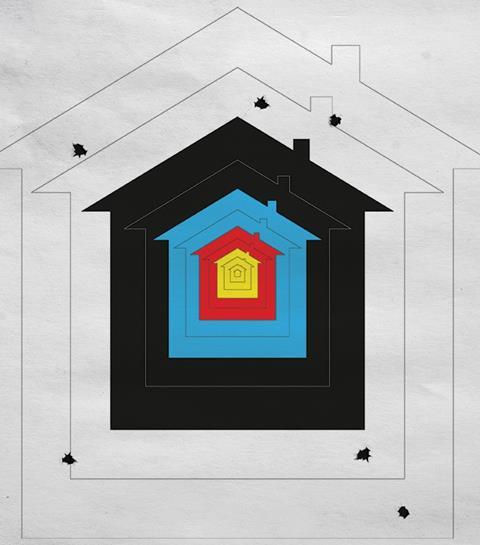 More housing investment equals more homes, right? It’s not quite that simple, though, in the opaque world of government finances.

Last week’s Autumn Statement trumpeted an extra £1.4bn of affordable housing investment, adding to a programme which will now be worth a total of £3.5bn over the next four years across England.

The government said the extra cash will deliver an additional 40,000 new homes by 2021 for low cost rent or home ownership, helping to deliver what it claimed is the biggest affordable housing programme since the 1970s.

However, according to the review of the statement by the Office for Budget Responsibility (OBR), the measures announced last week will result in housing associations actually delivering 13,000 fewer homes than the 40,000 pledged over the next five years.

The independent forecaster’s outlook says the volume of dwellings being built by housing associations will increase next year when the annual housing budget reaches £1.1bn. However, this boost will have gone into reverse by 2020/21 at which point the annual affordable housing programme is set to have dropped to £380m. The chief factor underpinning the OBR’s calculation is the government’s decision to allow greater flexibility over how housing grants are used.

The programme, as set out in the previous Autumn Statement, is for 153,000 affordable homes over the five years to 2021. The term “affordable” covered subsidised starter homes, shared ownership, buy-to-rent, and some accommodation for the elderly, rather than subsidised rented homes. 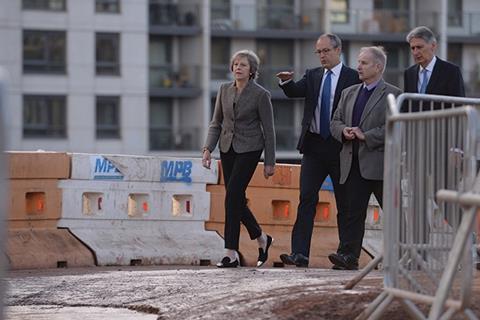 The problem in terms of overall delivery, however, is that rented housing swallows up more grants than shared ownership, because the grants are only used to subsidise the rented portion of the property and not the owner-occupied part. This means that the same amount of subsidy can deliver more shared ownership homes than rented units.

Another factor bearing down on the overall numbers is the government’s withdrawal of its so-called “pay to stay” plans to make councils and housing associations charge market rents for high-earning tenants. Anticipated additional income from rent increases will no longer be forthcoming.

And whereas rents for new affordable housing are currently set at 80% of the local market rate, London mayor Sadiq Khan has stipulated that in the capital they will be cut in line with local wages instead. While welcome for those on the low incomes, this policy is likely to further drive up the amount of subsidy needed to build social rented housing in London (“social rented” housing has traditionally been more heavily subsidised than the 80% of market rate for “affordable” homes).

Brendan Sarsfield, chief executive of north London-based housing association Family Mosaic, says that last week’s Autumn Statement will halt a decline in housing provision but will not necessarily reverse it.

The level of subsidy isn’t the only issue, he says, pointing out that securing skilled labour is a headache for housing associations, just as it is for other developers. “We are running hard to deliver our targets,” he says.

One caveat, suggests Lane, is that giving associations greater flexibility will potentially bring forward more development because they will be better able to tailor schemes to local market conditions.

Many in the public rented sector welcome the shift away from home ownership. Focusing support on home ownership threatened to leave those unable to raise a deposit out in the cold, literally. Referring to the new housing team at the communities department, Lane says: “[Communities secretary] Sajid Javid and [housing minister] Gavin Barwell have a more realistic view than Cameron and Osborne who were more focused on a Thatcherite home ownership agenda.”

Understandably less easy for the bean counters at the OBR to quantify is the Autumn Statement’s other big homes-related investment – the unveiling of the £2bn Housing Infrastructure Fund (HIF).

The idea of the HIF is to solve the chicken-and-egg problems that bedevil many smaller housing schemes. It is often hard to find enough value in such projects to fund the kind of minor infrastructure improvements, like link roads and roundabouts, which are often needed to unlock the schemes in the first place. The intention is to spur privately funded development that would otherwise be unviable.

Sarah McMonagle, director of external affairs at the Federation of Master Builders, hopes that councils, which will act as gatekeepers for accessing grants from central government, will use the funds to unlock lots of small sites rather than a smaller number of larger ones. “We know that SMEs are able to build out much more quickly in terms of little and often rather than focus a lot on one site that might take a lot longer to build out. As the housing crisis is acute we need to build as quickly as possible.”

While the new homes market seems still to be in robust shape, the injection of more funds into affordable housing looks like a classically Keynesian pump priming measure designed to guard against the risk of a Brexit-induced downturn.

Perhaps the spending profile of the two programmes suggests that the Treasury is a bit more worried about the economy’s short term growth prospects than it is currently letting on. 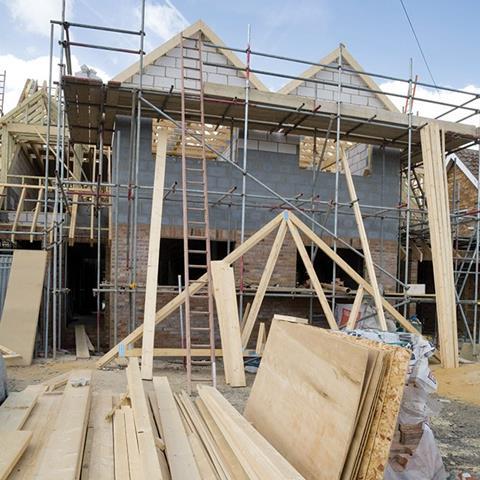 Will the funding announced in the Autumn Statement help to deliver more affordable homes? 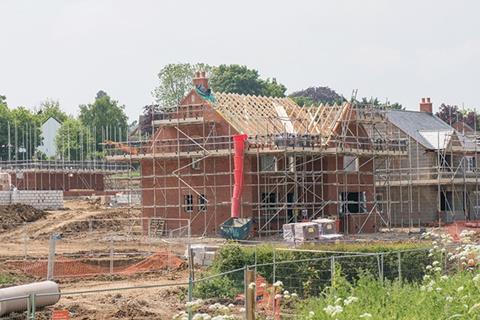 Keeping the ball rolling in the infrastructure sector

Infrastructure has been a hallmark of Theresa May’s premiership ever since she made the speech that launched her campaign to become Tory leader. So how did the Autumn Statement’s moves on infrastructure measure up to the hopes the prime minister has raised?

The most potentially significant step in last week’s statement was a pledge to establish that up to 1.2% of national income will be earmarked for projects, which have been recommended by the National Infrastructure Commission (NIC).

The remit begs a lot of questions, even for the NIC’s vice-chair Sir John Armitt, who says the announcement still “needs a bit of unravelling”.

Richard Threlfall, head of infrastructure, building and construction at KPMG, feels that the figure is not sufficiently ambitious. “It’s not a big step in terms of the proportion of our wealth being invested in the country’s future,” he says.

“If HS2 is included in that number, it will represent a very significant percentage of that investment for the next 10 years,” says Alexander Jan, director of city economics at Arup.

In terms of specific big ticket projects though, there are few concrete commitments, with the bulk of new spending allocated for the more mundane but easier to deliver projects to ease bottlenecks on the existing road network.

The main big project to win out from this year’s statement was the long-mooted plan to improve transport connections between Oxford and Cambridge with £140m for work to develop a new expressway and rail link between the two university cities.

Just one paragraph was devoted to the Northern Powerhouse initiative, which was so closely associated with Philip Hammond’s predecessor, George Osborne.

The east-west rail link, which has been conceived as the centrepiece of the northern regeneration initiative, failed to garner a single mention. And Crossrail 2 merited just a single line, stating that the government is waiting to receive a business case for the planned rail route, which is due to be submitted next year.

Armitt plays down concerns that the lack of attention to specific projects reflects a slackening of commitment to infrastructure. He says: “We assume that if it is satisfactory work, the government will keep the ball rolling.”

Threlfall suspects though that the UK’s circumstances, which are even more straitened post the Brexit vote than they were before, means that ministers are getting more nervous about making big spending promises on infrastructure. “Austerity means that their ability to spend lots of money on this stuff is lessened,” he says.

Jan understands the government’s wariness about making financial commitments but argues that ministers need to maintain momentum on Crossrail 2. “It’s very important for London. Crossrail 2 will be required to meet London’s needs for housing and transport so the sooner we get on with it the better.”