At the Conservative party conference, the new chancellor Philip Hammond indicated that it might be time to abandon his predecessor’s budget surplus plan and invest in housing and infrastructure. But will he put his money where his mouth is for the Autumn Statement? 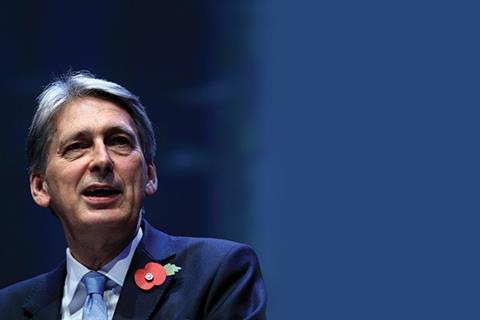 Philip Hammond has never gone out of his way to court publicity.

However, the chancellor of the exchequer won’t have much choice about being in the spotlight when he presents his first Autumn Statement on 23 November.

The annual update of government finances is even more important than usual this year, especially following last week’s High Court ruling on Brexit, given that it will provide the first outline of the UK’s economic strategy as it exits the EU.

Hammond sparked a flurry of excitement in construction circles when the ex-property developer told last month’s Conservative party conference that George Osborne’s target of delivering a government surplus by 2019 was being abandoned. He hinted that the extra leeway would be used to finance infrastructure spending.

But Hammond swiftly reverted to type by playing down expectations that this month’s set piece spending statement will deliver a splurge of investment in infrastructure. “The chancellor has gone out of his way to signal that he’s not going to do that,” says Alexander Jan, director of city economics at Arup.

The reason he is likely to play safe is that the deficit, which prompted Osborne’s austerity drive, is still falling too slowly for the Treasury’s comfort.

The most recent public finance figures from the Office for National Statistics show that government borrowing was up £1.2bn in September compared with the same month in 2015. This is largely due to a lower than expected rise in tax receipts over the same period. These figures inevitably restrict Hammond’s borrowing room for manoeuvre.

Concerns over the UK economy’s prospects post-Brexit are also reflected in the way that the level of gilt yields – in layman’s terms the interest rate on UK government debt in international capital markets – has edged up over the last month.

This rate, according to figures from Bloomberg, has more than doubled since August when it stood at 0.5%. By contrast, the rock-bottom rate for the German government’s bonds has barely budged from the level of 0.05% over the same period. The current gilt rate of 1.25% is pretty low by historic standards but is nevertheless a worrying sign as the depreciation of the pound leads the UK into a higher inflation environment.

“The UK economy will rebalance after Brexit at a lower rate so our tax take will come down,” says John Hicks, head of government and public sector at Aecom. He argues that the UK government should take advantage of what is still a relatively low rate to borrow for the long term before the markets’ patience with the UK’s economic management wears thin.

“The potential is here for a government which could be essentially uncontested for two terms to do something really brave in fiscal terms,” he says. “There is a window of opportunity to do something now. Any delay makes his room for manoeuvre more difficult in the longer term.”

Jan agrees: “Everybody feels that the markets would be relaxed about the chancellor borrowing a little bit for capital investment.”

So with just over a week to go until the chancellor’s big day, we consider what he might have in store for construction in the two main policy areas of importance to the sector: housing and infrastructure.

Hopes are low in the industry that next week’s Autumn Statement will include much additional money for housing beyond the £5bn flagged up in announcements at the Conservative party conference.

This doesn’t mean that ministers are not worried about the issue, though. One senior insider says: “The top of government is extremely concerned about the failure of policy to deliver houses.”

The Cabinet Office Implementation Unit, which has been tasked with helping the Department for Communities and Local Government (DCLG) to sort out the issue, has recently been calling in industry bigwigs to find out why housing supply is failing to keep pace with demand.

In a sign of how seriously the government is taking the issue, attendees at the meetings have included George Freeman, the Norfolk MP who heads prime minister Theresa May’s policy board.

The unit’s work is feeding into a housing white paper, which is due to be published alongside the Autumn Statement. The document is the first housing policy paper of its kind to be published by the Conservatives since they returned o government in 2010.

Hints from government so far suggest that the white paper will include steps to incentivise greater use of modular housing.

Further planning reforms appear to be low on the government’s radar. Whitehall officials have noted that the various steps to liberalise the planning system, which have been introduced in recent years, haven’t delivered the hoped-for step change in housing numbers.

Recently appointed housing minister Gavin Barwell has not indulged in the planner bashing that has been a default mode for many of his Tory predecessors since 2010. The white paper is expected instead to focus on turning consents into bricks and mortar. Barwell’s boss, DCLG secretary of state Sajid Javid, signalled in his Tory party conference speech that a fresh look is being taken at the hoary topic of land banking, even though housebuilders were cleared of the practice by an Office of Fair Trading investigation nearly 10 years ago.

However, Adam Challis, head of UK residential research at JLL, believes that the government’s promise to deliver one million homes by the next election in 2020 is a pipedream.

“The million-home target is a nonsense and won’t be delivered. It doesn’t matter how supportive the environment is, it can’t be delivered. The supply chain is simply not big enough to ratchet up to what is required. The likelihood of achieving anything close to a million starts is just a distant hope.”

Barwell has already signalled that the government is now less wedded to increasing home ownership, which many believe gets in the way of increasing overall delivery.

“The focus was far too narrow. It was about want instead of need and frankly was unrealistic,” says Challis.

Sarah McMonagle, director of external affairs at the Federation of Master Builders, argues that the government could even take a leaf out of Labour leader Jeremy Corbyn’s book by relaxing councils’ borrowing restrictions for housing. “This is important because we aren’t doing enough on social homes,” she says. “This could empower local authorities to become home builders again.”

One tax lever Hammond could pull is to reverse the hike in stamp duty rates for the most expensive homes, the damage from which has dwarfed that caused by Brexit so far in the central London residential market, says Challis: “The changes that George Osborne has made have entirely undermined the top end of the market and been catastrophic for central London.”

However, in a post-Brexit environment, he recognises there will be little political mileage for any government in cutting taxes for the rich. Instead, Challis says the government could boost the market through more ordinary voter-friendly measures such as raising the stamp duty threshold for first-time buyers. 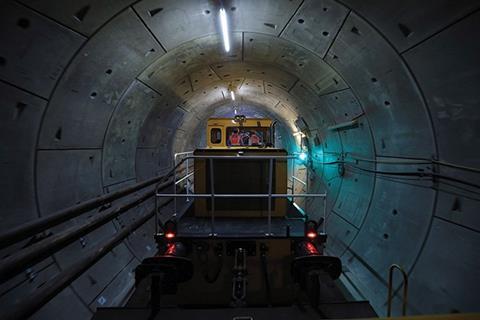 The big excitement surrounding the Autumn Statement, at least in construction circles, is the prospect of more money for infrastructure.

Osborne was very keen to talk about infrastructure at set piece events such as the Autumn Statement, but less keen on committing hard cash.

May’s government has already earned some kudos in the industry by finally giving the go-ahead for the third runway at Heathrow and the Hinkley Point nuclear plant.

The consensus across the industry is that Hammond should be focusing on projects that are ready to deliver rather than perhaps bigger and more headline-grabbing initiatives, which will take years to translate into activity on the ground.

Sir John Armitt, deputy chair of the National Infrastructure Commission, says smaller-scale projects are often better at delivering immediate economic benefits. “They’re easier to get going and achieve more per pound in terms of creating more jobs than the very big ones.”

“The focus should be on projects that are already in the pipeline and bringing forward finance or concentrating on delivery of what is already there.”

Francis argues that the best way to stimulate this kind of activity is to loosen the spending constraints on local authorities.

“If you want to stimulate activity very quickly, rather than focus on major projects, give finance to local authorities. They could get activity on the ground next week if they have finance made available to them.”

Simon Rawlinson, head of strategic research and insight at Arcadis, will be keeping an eye on whether Osborne’s pet projects, such as the controversial Garden Bridge, suffer the same fate as the proposed new London concert hall, which had its funding axed last week.

Bigger projects, such as Crossrail 2 and trans-Pennine rail links, also benefited from Osborne’s political sponsorship within government. Those close to both detect a change of tone in government since the former chancellor’s sacking. One senior source says: “The Treasury has gone back to type on Crossrail and is being sceptical about it.”

And Building understands that transport secretary of state Chris Grayling doesn’t want to give the project the full go-ahead until he is confident about how it’s going to be financed, putting more pressure on Transport for London to outline how it will raise the 50% of the project’s costs due to be delivered by the private sector.

But Jan says that abandoning Crossrail 2 would be damaging for the country as a whole and not just London. “The challenge for the government in the light of the Brexit vote is to keep London’s ability intact to raise revenue for itself and the rest of the country. History tells you that if you try to restrain London’s growth you hammer London but you don’t necessarily help the rest of the country.”

And Aecom’s Hicks argues that spending on infrastructure isn’t just important for building up the UK economy. It will also be crucial, after Britain leaves the EU, as a potential export industry in a world increasingly crying out for infrastructure development.

He says: “We are setting ourselves up for a post-Brexit world that will soon be here. Before the first sleeper is laid on HS2, we will be out of Europe.”